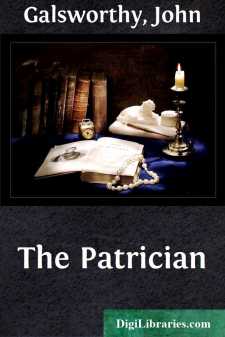 Light, entering the vast room—a room so high that its carved ceiling refused itself to exact scrutiny—travelled, with the wistful, cold curiosity of the dawn, over a fantastic storehouse of Time. Light, unaccompanied by the prejudice of human eyes, made strange revelation of incongruities, as though illuminating the dispassionate march of history.

For in this dining hall—one of the finest in England—the Caradoc family had for centuries assembled the trophies and records of their existence. Round about this dining hall they had built and pulled down and restored, until the rest of Monkland Court presented some aspect of homogeneity. Here alone they had left virgin the work of the old quasi-monastic builders, and within it unconsciously deposited their souls. For there were here, meeting the eyes of light, all those rather touching evidences of man's desire to persist for ever, those shells of his former bodies, the fetishes and queer proofs of his faiths, together with the remorseless demonstration of their treatment at the hands of Time.

The annalist might here have found all his needed confirmations; the analyst from this material formed the due equation of high birth; the philosopher traced the course of aristocracy, from its primeval rise in crude strength or subtlety, through centuries of power, to picturesque decadence, and the beginnings of its last stand. Even the artist might here, perchance, have seized on the dry ineffable pervading spirit, as one visiting an old cathedral seems to scent out the constriction of its heart.

From the legendary sword of that Welsh chieftain who by an act of high, rewarded treachery had passed into the favour of the conquering William, and received, with the widow of a Norman, many lands in Devonshire, to the Cup purchased for Geoffrey Caradoc; present Earl of Valleys, by subscription of his Devonshire tenants on the occasion of his marriage with the Lady Gertrude Semmering—no insignia were absent, save the family portraits in the gallery of Valleys House in London. There was even an ancient duplicate of that yellow tattered scroll royally, reconfirming lands and title to John, the most distinguished of all the Caradocs, who had unfortunately neglected to be born in wedlock, by one of those humorous omissions to be found in the genealogies of most old families. Yes, it was there, almost cynically hung in a corner; for this incident, though no doubt a burning question in the fifteenth century, was now but staple for an ironical little tale, in view of the fact that descendants of John's 'own' brother Edmund were undoubtedly to be found among the cottagers of a parish not far distant.

Light, glancing from the suits of armour to the tiger skins beneath them, brought from India but a year ago by Bertie Caradoc, the younger son, seemed recording, how those, who had once been foremost by virtue of that simple law of Nature which crowns the adventuring and strong, now being almost washed aside out of the main stream of national life, were compelled to devise adventure, lest they should lose belief in their own strength....