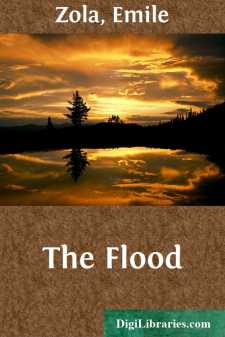 My name is Louis Roubien. I am seventy years old. I was born in the village of Saint-Jory, several miles up the Garonne from Toulouse.

For fourteen years I battled with the earth for my daily bread. At last, prosperity smiled on we, and last month I was still the richest farmer in the parish.

Our house seemed blessed, happiness reigned there. The sun was our brother, and I cannot recall a bad crop. We were almost a dozen on the farm. There was myself, still hale and hearty, leading the children to work; then my young brother, Pierre, an old bachelor and retired sergeant; then my sister, Agathe, who came to us after the death of her husband. She was a commanding woman, enormous and gay, whose laugh could be heard at the other end of the village. Then came all the brood: my son, Jacques; his wife, Rosie, and their three daughters, Aimee, Veronique, and Marie. The first named was married to Cyprica Bouisson, a big jolly fellow, by whom she had two children, one two years old and the other ten months. Veronique was just betrothed, and was soon to marry Gaspard Rabuteau. The third, Marie, was a real young lady, so white, so fair, that she looked as if born in the city.

That made ten, counting everybody. I was a grandfather and a great-grandfather. When we were at table I had my sister, Agathe, at my right, and my brother, Pierre, at my left. The children formed a circle, seated according to age, with the heads diminishing down to the baby of ten months, who already ate his soup like a man. And let me tell you that the spoons in the plates made a clatter. The brood had hearty appetites. And what gayety between the mouthfuls! I was filled with pride and joy when the little ones held out their hands toward me, crying:

"Grandpa, give us some bread! A big piece, grandpa!"

Oh! the good days! Our farm sang from every corner. In the evening, Pierre invented games and related stories of his regiment. On Sunday Agathe made cakes for the girls. Marie knew some canticles, which she sang like a chorister. She looked like a saint, with her blond hair falling on her neck and her hands folded on her apron.

I had built another story on the house when Aimee had married Cyprien; and I said laughingly that I would have to build another after the wedding of Veronique and Gaspard. We never cared to leave each other. We would sooner have built a city behind the farm, in our enclosure. When families are united, it is so good to live and die where one has grown up!

The month of May had been magnificent that year. It was long since the crops gave such good promise. That day precisely, I had made a tour of inspection with my son, Jacques. We started at about three o'clock. Our meadows on the banks of the Garonne were of a tender green. The grass was three feet high, and an osier thicket, planted the year before, had sprouts a yard high. From there we went to visit our wheat and our vines, fields bought one by one as fortune came to us. The wheat was growing strong; the vines, in full flower, promised a superb vintage....