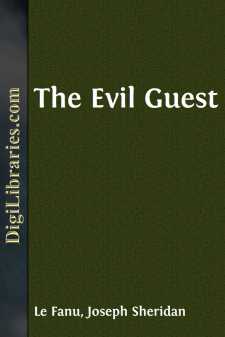 About sixty years ago, and somewhat more than twenty miles from the ancient town of Chester, in a southward direction, there stood a large, and, even then, an old-fashioned mansion-house. It lay in the midst of a demesne of considerable extent, and richly wooded with venerable timber; but, apart from the somber majesty of these giant groups, and the varieties of the undulating ground on which they stood, there was little that could be deemed attractive in the place. A certain air of neglect and decay, and an indescribable gloom and melancholy, hung over it. In darkness, it seemed darker than any other tract; when the moonlight fell upon its glades and hollows, they looked spectral and awful, with a sort of churchyard loneliness; and even when the blush of the morning kissed its broad woodlands, there was a melancholy in the salute that saddened rather than cheered the heart of the beholder.

This antique, melancholy, and neglected place, we shall call, for distinctness sake, Gray Forest. It was then the property of the younger son of a nobleman, once celebrated for his ability and his daring, but who had long since passed to that land where human wisdom and courage avail naught. The representative of this noble house resided at the family mansion in Sussex, and the cadet, whose fortunes we mean to sketch in these pages, lived upon the narrow margin of an encumbered income, in a reserved and unsocial discontent, deep among the solemn shadows of the old woods of Gray Forest.

The Hon. Richard Marston was now somewhere between forty and fifty years of ageвЂ”perhaps nearer the latter; he still, however, retained, in an eminent degree, the traits of manly beauty, not the less remarkable for its unquestionably haughty and passionate character. He had married a beautiful girl, of good family, but without much money, somewhere about eighteen years before; and two children, a son and a daughter, had been the fruit of this union. The boy, Harry Marston, was at this time at Cambridge; and his sister, scarcely fifteen, was at home with her parents, and under the training of an accomplished governess, who had been recommended to them by a noble relative of Mrs. Marston. She was a native of France, but thoroughly mistress of the English language, and, except for a foreign accent, which gave a certain prettiness to all she said, she spoke it as perfectly as any native Englishwoman. This young Frenchwoman was eminently handsome and attractive. Expressive, dark eyes, a clear olive complexion, small even teeth, and a beautifully-dimpling smile, more perhaps than a strictly classic regularity of features, were the secrets of her unquestionable influence, at first sight, upon the fancy of every man of taste who beheld her.

Mr. Marston's fortune, never very large, had been shattered by early dissipation. Naturally of a proud and somewhat exacting temper, he actively felt the mortifying consequences of his poverty. The want of what he felt ought to have been his position and influence in the county in which he resided, fretted and galled him; and he cherished a resentful and bitter sense of every slight, imaginary or real, to which the same fruitful source of annoyance and humiliation had exposed him....