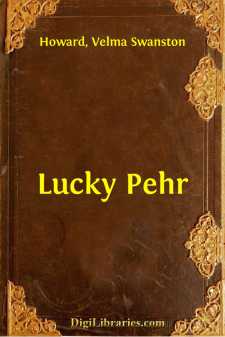 ACT ONE SCENE: A Room in the Church Tower.

Window shutters at back wide open, starlit sky is seen through windows. Background: Snow covered house-roofs; gable windows in the distance brilliantly illuminated. In room an old chair, a fire-pan and a picture of the Virgin, with a lighted candle before it. Room is divided by posts—two in centre thick enough to conceal an adult.

Chant, in unison, from the church below:

[Old Man comes up tower steps and enters carrying a rat-trap, a barley-sheaf and a dish of porridge, which he sets down on the floor.]

OLD MAN. Now the elf shall have his Christmas porridge. And this year he has earned it honestly—twice he awakened me when I fell asleep and forgot the tower shutters; once he rang the bell when fire broke loose. Merry Christmas, Elf! and many of them. [Takes up rat-trap and sets it.] Here's your Christmas mess, Satan's rats!

A VOICE. Curse not Christmas!

OLD MAN. I believe there are spirits about to-night—Ugh! it's the cold increasing; then the beams always creak, like an old ship. Here's your Christmas supper. Now perhaps you'll quit gnawing the bell-rope and eating up the tallow, you accursed pest!

A VOICE. Curse not Christmas!

OLD MAN. The spooks are at it again! Christmas eve—yes, yes! [Places rat-trap on the floor.] There! Now they have their portion. And now comes the turn of the feathered wretches. They must have grain, of course, so they can soil the tin roof for me. Such is life! The church wardens pay for it, so it's not my affair. But if I were to ask for an extra shilling two in wages—that they couldn't afford. That wouldn't be seen! But when one sticks out a grain-sheaf on a pole once a year, it looks generous. Ah, that one is a fine fellow!—and generosity is a virtue. Now, if we were to share and share alike, I should get back my porridge, which I gave to the elf. [Shakes sheaf and gathers the grain into a bowl.]

OLD MAN. Now I'll put this thing on the pole so that it will look like a symbol, and as a symbol it will also be of service—for it shows what is not to be found within. [He puts sheaf through window and hangs it on pole, then shakes his fist at town below.] Oh, you old human pit down there! I spit on you! [Spits through window; comes down and sees the burning candle before the Virgin's picture.] This must be the boy's doings! The times are not such that one burns up candles needlessly. [Snuffs out light and puts the candle into his pocket.]

A VOICE. Woe! Woe! [Head of Virgin shakes three times and a bright ray of light darts out from the head.]

OLD MAN. Pehr, Pehr! Where are you? My eyes! Light the candles—My son, my son!

OLD MAN. [Groping his way toward the stairs.] My eyes! Hell-fire! [He rushes down the steps.]

[Two rats, Nisse and Nilla, come on right, one behind the other....