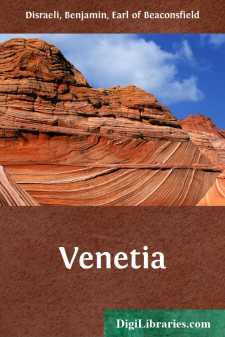 Some ten years before the revolt of our American colonies, there was situate in one of our midland counties, on the borders of an extensive forest, an ancient hall that belonged to the Herberts, but which, though ever well preserved, had not until that period been visited by any member of the family, since the exile of the Stuarts. It was an edifice of considerable size, built of grey stone, much covered with ivy, and placed upon the last gentle elevation of a long ridge of hills, in the centre of a crescent of woods, that far overtopped its clusters of tall chimneys and turreted gables. Although the principal chambers were on the first story, you could nevertheless step forth from their windows on a broad terrace, whence you descended into the gardens by a double flight of stone steps, exactly in the middle of its length. These gardens were of some extent, and filled with evergreen shrubberies of remarkable overgrowth, while occasionally turfy vistas, cut in the distant woods, came sloping down to the south, as if they opened to receive the sunbeam that greeted the genial aspect of the mansion, The ground-floor was principally occupied by the hall itself, which was of great dimensions, hung round with many a family portrait and rural picture, furnished with long oaken seats covered with scarlet cushions, and ornamented with a parti-coloured floor of alternate diamonds of black and white marble. From the centre of the roof of the mansion, which was always covered with pigeons, rose the clock-tower of the chapel, surmounted by a vane; and before the mansion itself was a large plot of grass, with a fountain in the centre, surrounded by a hedge of honeysuckle.

This plot of grass was separated from an extensive park, that opened in front of the hall, by tall iron gates, on each of the pillars of which was a lion rampant supporting the escutcheon of the family. The deer wandered in this enclosed and well-wooded demesne, and about a mile from the mansion, in a direct line with the iron gates, was an old-fashioned lodge, which marked the limit of the park, and from which you emerged into a fine avenue of limes bounded on both sides by fields. At the termination of this avenue was a strong but simple gate, and a woodman's cottage; and then spread before you a vast landscape of open, wild lands, which seemed on one side interminable, while on the other the eye rested on the dark heights of the neighbouring forest.

This picturesque and secluded abode was the residence of Lady Annabel Herbert and her daughter, the young and beautiful Venetia, a child, at the time when our history commences, of very tender age. It was nearly seven years since Lady Annabel and her infant daughter had sought the retired shades of Cherbury, which they had never since quitted. They lived alone and for each other; the mother educated her child, and the child interested her mother by her affectionate disposition, the development of a mind of no ordinary promise, and a sort of captivating grace and charming playfulness of temper, which were extremely delightful....