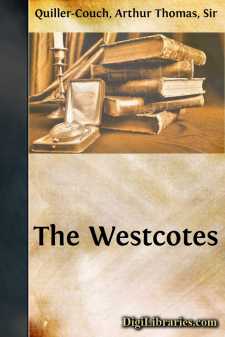 CHAPTER I THE WESTCOTES OF BAYFIELD

A mural tablet in Axcester Parish Church describes Endymion Westcote as "a conspicuous example of that noblest work of God, the English Country Gentleman." Certainly he was a typical one.

In almost every district of England you will find a family which, without distinguishing itself in any particular way, has held fast to the comforts of life and the respect of its neighbours for generation after generation. Its men have never shone in court, camp, or senate; they prefer tenacity to enterprise, look askance upon wit (as a dangerous gift), and are even a little suspicious of eminence. On the other hand they make excellent magistrates, maintain a code of manners most salutary for the poor in whose midst they live and are looked up to; are as a rule satisfied, like the old Athenian, if they leave to their heirs not less but a little more than they themselves inherited, and deserve, as they claim, to be called the backbone of Great Britain. Many of the women have beauty, still more have an elegance which may pass for it, and almost all are pure in thought, truthful, assiduous in deeds of charity, and marry for love of those manly qualities which they have already esteemed in their brothers.

Such a family were the Westcotes of Bayfield, or Bagvil, in 1810. Their "founder" had settled in Axcester towards the middle of the seventeenth century, and prospered—mainly, it was said, by usury. A little before his death, which befel in 1668, he purchased Bayfield House from a decayed Royalist who had lost his only son in the Civil Wars; and to Bayfield and the ancestral business (exalted now into Banking) his descendants continued faithful. One or both of the two brothers who, with their half-sister, represented the family in 1810, rode in on every week-day to their Bank-office in Axcester High Street,—a Georgian house of brick, adorned with a porch of plaster fluted to the shape of a sea-shell, out of which a. Cupid smiled down upon a brass plate and the inscription "WESTCOTE AND WESTCOTE," and on the first floor, with windows as tall as the rooms, so that from the street you could see through one the shapely legs of Mr. Endymion Westcote at his knee-hole table, and through another the legs of Mr. Narcissus. The third and midmost window was a dummy, having been bricked up to avoid the window-tax imposed by Mr. Pitt—in whose statesmanship, however, the brothers had firmly believed. Their somewhat fantastic names were traditional in the Westcote pedigree and dated from, the seventeenth century.

Endymion, the elder, (who took the lead of Narcissus in all, things), was the fine flower of the Westcote stocks, and, out of question, the most influential man in Axcester and for many a mile round justice of the Peace for the county of Somerset and Major of its Yeomanry, he served "our town," (so he called it) as Overseer of the Poor, Governor of the Grammar School, Chairman of Feoffees, Churchwarden, everything in short but Mayor—an office which he left to the tradesmen, while taking care to speak of it always with respect, and indeed to see it properly filled....