The Story of Bessie Costrell 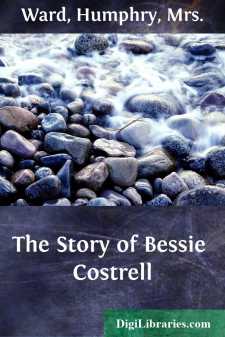 It was an August evening, still and cloudy after a day unusually chilly for the time of year. Now, about sunset, the temperature was warmer than it had been in the morning, and the departing sun was forcing its way through the clouds, breaking up their level masses into delicate latticework of golds and greys. The last radiant light was on the wheat-fields under the hill, and on the long chalk hill itself. Against that glowing background lay the village, already engulfed by the advancing shadow. All the nearer trees, which the daylight had mingled in one green monotony, stood out sharp and distinct, each in its own plane, against the hill. Each natural object seemed to gain a new accent, a more individual beauty, from the vanishing and yet lingering sunlight.

An elderly labourer was walking along the road which led to the village. To his right lay the allotment gardens just beginning to be alive with figures, and the voices of men and children. Beyond them, far ahead, rose the square tower of the church; to his left was the hill, and straight in front of him the village, with its veils of smoke lightly brushed over the trees, and its lines of cottages climbing the chalk steeps behind it.

His eye as he walked took in a number of such facts as life had trained it to notice. Once he stopped to bend over a fence, to pluck a stalk or two of oats; he examined them carefully, then he threw back his head and sniffed the air, looking all round the sky meanwhile. Yes, the season had been late and harsh, but the fine weather was coming at last. Two or three days' warmth now would ripen even the oats, let alone the wheat.

Well, he was glad. He wanted the harvest over. It would, perhaps, be his last harvest at Clinton Magna, where he had worked, man and boy, for fifty-six years come Michaelmas. His last harvest! A curious pleasure stirred the man's veins as he thought of it, a pleasure in expected change, which seemed to bring back the pulse of youth, to loosen a little the yoke of those iron years that had perforce aged and bent him; though, for sixty-two, he was still hale and strong.

Things had all come together. Here was 'Muster' Hill, the farmer he had worked for these seventeen years, dying of a sudden, with a carbuncle on the neck, and the farm to be given up at Michaelmas. He—John Bolderfield—had been working on for the widow; but, in his opinion, she was 'nobbut a caselty sort of body,' and the sooner she and her children were taken off to Barnet, where they were to live with her mother, the less she'd cost them as had the looking after her. As for the crops, they wouldn't pay the debts; not they. And there was no one after the farm—'nary one'—and didn't seem like to be. That would make another farm on Muster Forrest's hands. Well, and a good job. Landlords must be 'took down'; and there was plenty of work going on the railway just now for those that were turned off.

[Illustration: The Village of Aldbury]

He was too old for the railway, though, and he might have found it hard to get fresh work if he had been staying at Clinton....