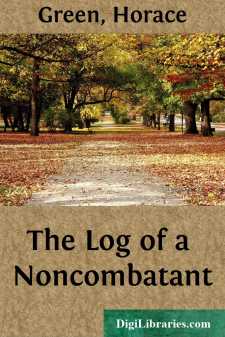 From Broadway To Ghent

When the war broke out in August, 1914, I was at work in the City Room of the "New York Evening Post." One morning, during the first week of activities, the copy boy handed me a telegram which was signed "Luther, Boston," and contained the rather cryptic message: —"How about this fight?"

It was some moments before I could recall the time, more than two years before, when I had last seen the writer, Willard B. Luther, Boston lawyer, devotee of some, and critic of many kinds of sport.

We had been sitting on that previous occasion—a crowd of college fellows, including Luther and myself—in a certain room in Cambridge, Massachusetts, not far from the University in that neighborhood where Luther had attended the Law School and the rest of us, on our respective graduation days, had received valuable pieces of parchment with the presidential signature attached. The conversation had already run through the question of Votes for Women, progressive politics, and prize-fights, and before the card game began it had settled on the last-named, chiefly because of my own vainglorious description of adventures at Reno, Nevada, at the time of the Jeffries-Johnson battle for the heavyweight championship of the world. I remember telling with some gusto of my first newspaper interview—one with "Bob" Fitzsimmons, then the Old Man of the ring, and "Gentleman" Jim Corbett, who was Jeffries' trainer at Reno.

"I had always wanted to see that performance," said Luther, "and would have gone in a flash if I could have got any one to make the trip with me. But remember this fact: whenever the next big fight is held I'm going with you." Later in the evening we shook hands on the proposition.

So that is how it came to pass that Luther and myself boarded the Campania together, landed in Liverpool, cast about for ways and means of getting into the scrimmage, and for the first month and a half of my four months of wandering on the Continent were brother conspirators, until the duties of partnership called my friend home and left me without a companion in adventure.

In London we absorbed to some extent a heavy British fog and to a greater extent British public opinion. We marveled at the exterior calm of a nation plunged in the greatest of wars, yet fighting, so it seemed at the time, with its top hat on and its smile still undisturbed. Across the English Channel three days later the Dutch steam packet Princess Juliana carried us safely through mine fields and between lanes of British torpedo boats and torpedo boat destroyers. We landed on the Continent at Flushing. Thence we headed for The Hague, Holland, the neutral gateway of northern Europe, where we found the American Minister, Dr....