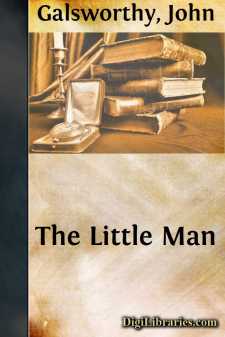 SCENE I Afternoon, on the departure platform of an Austrian railwaystation. At several little tables outside the buffet personsare taking refreshment, served by a pale young waiter. On aseat against the wall of the buffet a woman of lowly station issitting beside two large bundles, on one of which she has placedher baby, swathed in a black shawl.

ENGLISHMAN. [Paying] Thanks. [To his wife, in an Oxford voice] Sugar?

ENGLISHWOMAN. [In a Cambridge voice] One.

AMERICAN TRAVELLER. [With field-glasses and a pocket camera from another table] Waiter, I'd like to have you get my eggs. I've been sitting here quite a while.

GERMAN TRAVELLER. 'Kellner, bezahlen'! [His voice is, like his moustache, stiff and brushed up at the ends. His figure also is stiff and his hair a little grey; clearly once, if not now, a colonel.]

[The baby on the bundle wails. The mother takes it up to sootheit. A young, red-cheeked Dutchman at the fourth table stopseating and laughs.]

AMERICAN. My eggs! Get a wiggle on you!

[A LITTLE MAN in a soft hat is seen to the right of tables. Hestands a moment looking after the hurrying waiter, then seatshimself at the fifth table.]

AMERICAN. [Addressing them] 'Pears as if they'd a prejudice against eggs here, anyway.

[The ENGLISH look at him, but do not speak. ]

GERMAN. [In creditable English] In these places man can get nothing.

[The WAITER comes flying back with a compote for the DUTCHYOUTH, who pays.]

AMERICAN. [Rising, and taking out his watch—blandly] See here. If I don't get my eggs before this watch ticks twenty, there'll be another waiter in heaven.

[The ENGLISHMAN halves his newspaper and hands the advertisementhalf to his wife. The BABY wails. The MOTHER rocks it.][The DUTCH YOUTH stops eating and laughs. The GERMAN lights acigarette. The LITTLE MAN sits motionless, nursing his hat.The WAITER comes flying back with the eggs and places thembefore the AMERICAN.]

AMERICAN. [Putting away his watch] Good! I don't like trouble. How much?

[He pays and eats. The WAITER stands a moment at the edge ofthe platform and passes his hand across his brow. The LITTLEMAN eyes him and speaks gently.]

LITTLE MAN. Thank you very much.

AMERICAN. [Pausing in the deglutition of his eggs—affably] Pardon me, sir; I'd like to have you tell me why you called that little bit of a feller "Herr Ober." Reckon you would know what that means? Mr. Head Waiter.