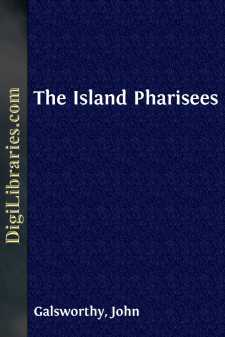 Each man born into the world is born like Shelton in this book—to go a journey, and for the most part he is born on the high road. At first he sits there in the dust, with his little chubby hands reaching at nothing, and his little solemn eyes staring into space. As soon as he can toddle, he moves, by the queer instinct we call the love of life, straight along this road, looking neither to the right nor left, so pleased is he to walk. And he is charmed with everything—with the nice flat road, all broad and white, with his own feet, and with the prospect he can see on either hand. The sun shines, and he finds the road a little hot and dusty; the rain falls, and he splashes through the muddy puddles. It makes no matter—all is pleasant; his fathers went this way before him; they made this road for him to tread, and, when they bred him, passed into his fibre the love of doing things as they themselves had done them. So he walks on and on, resting comfortably at nights under the roofs that have been raised to shelter him, by those who went before.

Suddenly one day, without intending to, he notices a path or opening in the hedge, leading to right or left, and he stands, looking at the undiscovered. After that he stops at all the openings in the hedge; one day, with a beating heart, he tries one.

And this is where the fun begins.

Out of ten of him that try the narrow path, nine of him come back to the broad road, and, when they pass the next gap in the hedge, they say: "No, no, my friend, I found you pleasant for a while, but after that-ah! after that! The way my fathers went is good enough for me, and it is obviously the proper one; for nine of me came back, and that poor silly tenth—I really pity him!"

And when he comes to the next inn, and snuggles in his well-warmed, bed, he thinks of the wild waste of heather where he might have had to spend the night alone beneath the stars; nor does it, I think, occur to him that the broad road he treads all day was once a trackless heath itself.

But the poor silly tenth is faring on. It is a windy night that he is travelling through a windy night, with all things new around, and nothing to help him but his courage. Nine times out of ten that courage fails, and he goes down into the bog. He has seen the undiscovered, and—like Ferrand in this book—the undiscovered has engulfed him; his spirit, tougher than the spirit of the nine that burned back to sleep in inns, was yet not tough enough. The tenth time he wins across, and on the traces he has left others follow slowly, cautiously—a new road is opened to mankind! A true saying goes: Whatever is, is right! And if all men from the world's beginning had said that, the world would never have begun—at all. Not even the protoplasmic jelly could have commenced its journey; there would have been no motive force to make it start.