The Emperor of Portugalia 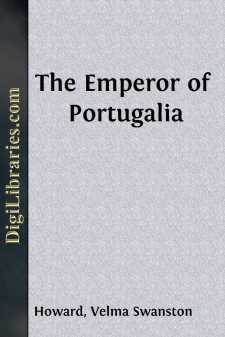 BOOK ONE THE BEATING HEART

Jan of Ruffluck Croft never tired of telling about the day when his little girl came into the world. In the early morning he had been to fetch the midwife, and other helpers; all the forenoon and a good part of the afternoon he had sat on the chopping-block, in the woodshed, with nothing to do but to wait.

Outside it rained in torrents and he came in for his share of the downpour, although he was said to be under cover. The rain reached him in the guise of dampness through cracks in the walls and as drops from a leaky roof, then all at once, through the doorless opening of the shed, the wind swept a regular deluge in upon him.

"I just wonder if anybody thinks I'm glad to have that young one coming?" he muttered, impatiently kicking at a small stick of wood and sending it flying across the yard. "This is about the worst luck that could come to me! When we got married, Katrina and I, it was because we were tired of drudging as hired girl and farmhand for Eric of Falla, and wanted to plant our feet under our own table; but certainly not to raise children!"

He buried his face in his hands and sighed heavily. It was plain that the chilly dampness and the long dreary wait had somewhat to do with putting him in a bad humour, but they were by no means the only cause. The real reason for his lament was something far more serious.

"I've got to work every day," he reminded himself, "work from early morning till late in the evening; but so far I've at least had some peace nights. Now I suppose that young one will be squalling the whole night long, and I'll get no rest then, either."

Whereupon an even worse fear seized him. Taking his hands from before his face he wrung them so hard that the knuckles fairly cracked. "Up to this we've managed to scratch along pretty well, because Katrina, has been free to go out and work, the same as myself, but now she'll have to sit at home and take care of that young one."

He sat staring in front of him as hopelessly as if he had beheld Famine itself stalking across the yard and making straight for his hut.

"Well!" said he, bringing his two fists down on the chopping-block by way of emphasis. "I just want to say that if I'd only known at the time when Eric of Falla came to me and offered to let me build on his ground, and gave me some old timber for a little shack, if I had only known then that this would happen, I'd have said no to the whole business, and gone on living in the stable-loft at Falla for the rest of my days."

He knew these were strong words, but felt no inclination to take them back.

"Supposing something were to happen—?" he began—for by that time matters had reached such a pass with him he would not have minded it if the child had met with some mishap before coming into the world—but he never finished what he wished to say as he was interrupted by a faint cry from the other side of the wall.

The woodshed was attached to the house itself. As he listened, he heard one peep after the other from within, and knew, of course, what that meant....