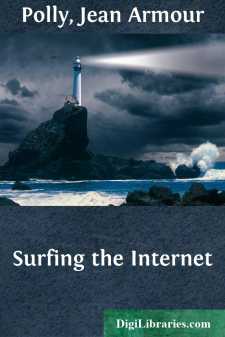 What's Out There Anyway?

Until you use a radio receiver, you are unaware of the wealth of programming, music, and information otherwise invisible to you. Computer networks are much the same. About one million people worldwide use the Internet daily. Information packet traffic rises by 12% each month.

About 727,000 host computers are connected, according to a January, 1992 report (Network Working Group Request for Comments: 1296) by Mark K. Lottor. So, what's all the excitement about? What's zipping around in that fiber and cable and ether, anyway?

On my electronic adventure I browsed the online catalog at the UniversityLibrary in Liverpool, England, leaving some "Hi there from Liverpool, NewYork" mail for the librarian.

I downloaded some new Macintosh anti-virus software from Stanford'sSUMEX archive.

Then I checked a few databases for information needed for this article, and scanned today's news stories.

I looked at the weather forecast for here in the East and for the San Francisco Bay area, forwarding that information to a friend in San Jose who would read it when he woke up. The Internet never closes!

After that I read some electronic mail from other librarians in Israel, Korea, England, Australia and all over the U.S. We're exchanging information about how to keep viruses off public computers, how to network CDROMS, and how to reink inkjet printer cartridges, among other things.

I monitor about twelve discussion groups. Mail sent to the group address is distributed to all other "subscribers". It's similar to a round-robin discussion. These are known variously as mailing lists, discussion groups, reflectors, aliases, or listservs, depending on what type they are and how they are driven. Subscriptions are free.

One of these groups allows children and young adults all over the world to communicate with each other. Kids from Cupertino to Moscow are talking about their lives, pets, families, hope and dreams. It's interesting to see that Nintendo is a universal language!

Teachers exchange lesson plans and bibliographies in another group, and schools participate in projects like the global market basket survey. For this project, students researched what foods a typical family of four would buy and prepare over one week's time. Their results were posted to the global project area, where they could be compared with reports from kids all over North and South America, India, Scandinavia, and Asia. It opened up discussions of dietary laws, staple foods, and cultural differences.

The Power of the Net

A net connection in a school is like having multiple foreign exchange students in the classroom all the time. It promotes active, participatory learning. Participating in a discussion group is like being at an ongoing library conference....