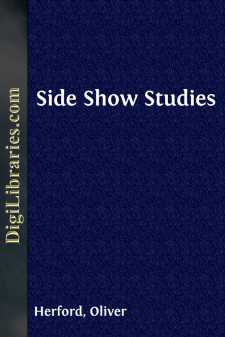 Madame Morelli, the pretty little Frenchwoman who makes a half-score of leopards, panthers and jaguars do things which nature never intended them to do, had finished her act and driven the snarling performers through the narrow runway to their separate cages, fastening each one, as she thought, securely. Two French clowns were filling in the time and making the audience of Coney Island pleasure seekers laugh by their antics with a performing dog, while the stage hands were bringing in the properties for the next trained animal act, when the Proprietor came from behind the scenes and strolled, apparently unconcerned, to the back of the Arena, where he could command a clear view of the performance, the audience and the cages. He said a few words to each of the trainers and keepers whom he passed, and the Stranger, who knew the clock-like regularity with which each one of them went through his allotted duties, noticed an unwonted haste and suppressed excitement among them.

As he joined the Proprietor the sound of hammering mingled with the noise of the blatant brass band and the cries of the ballyhoo spielers for the other Dreamland attractions, which came in through the open windows, and he saw that Stevenson, the mild eyed quiet man who is always on hand to rescue imperiled trainers and keepers when their own carelessness, or unexpected revolt on the part of the animals, leads to a fight, was rapidly nailing boards over the ventilating spaces above the cages. Madam Morelli, whip and training rod in hand, hurried from her dressing room to the runway, and every keeper and trainer seemed to be loitering in the space between the leopards' den and the audience.

He looked at the Proprietor inquiringly, but the little trickle of blood which ran down his cheek from under his cap answered the question he would have asked, an animal was loose and the Proprietor had encountered it in his rounds. A crash of weird music from the band drowned the sound of a cracking whip and sharp commands which came from the runway, and announced the appearance of Brandu, the snake charmer, in the exhibition cage, and the audience watched him play with a cobra, all unconscious that Franz, the jaguar, which a few minutes before had desisted from his attempt to tear the fair shoulders of Morelli only after a dozen blank cartridges had been fired in his face, was a gentleman-at-large in Dreamland. The Proprietor gave a sigh of relief as the jaguar backed into his cage from the runway, snarling and striking at the little woman who forced him backward with the whip until she was able to slam the door and make him once more a prisoner. When she passed them on her way back to the dressing-room, her dress was torn, and her eyes were flashing from the excitement of the encounter and anger at the carelessness of the carpenter who had left a board loose at the top of the den.

The table in front of the Arena.

"Of course, that might have been a serious thing for the jaguar and for my pocket book," said the Proprietor as three deep scratches in his head were being plastered up....