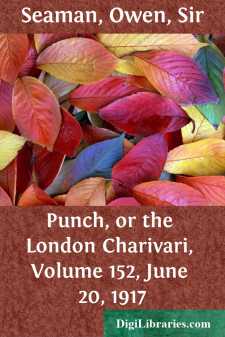 LESSONS OF THE WAR. I.

(Acting upon instructions received from the 3rd Self-help Division the 9th Self-help Brigade issues its orders for a Raid.)

1. The 9th Self-help Brigade will carry out a Raid upon Broadmead House, Broadmead Square, W., on the night of 12/13 August. 2. The Raid will be carried out by the Bill Sikes and Robin Hood Battalions. The Charlie Peace Bn. will be in close support, and the Dick Turpin Bn. in reserve. 3. The four sides of the house will be attacked simultaneously, the Bill Sikes Bn. attacking with one Coy. each on the North and West, and the Robin Hood on the South and East. 4. The noise of entry will be covered by a barrage of street cries and taxi whistles. "Q." will arrange. 5. Zero hour will be notified later. 6. The grounds and approaches will be reconnoitred thoroughly and as many friends as possible made in the neighbourhood. Every opportunity of reconnoitring the house itself, either through friendship or by substitution for legitimate plumbers, window-cleaners, piano-tuners, etc., will be taken. 7. The Brigades on the Right and Left will co-operate by starting a street fight and a small fire respectively at some convenient distance from the scene of operations. 8. At Zero minus one hour, a cordon of outposts will be established at a radius of 500 yards from the house, with strong points at the street corners. "Q." will arrange for a supply of hedging-gloves. 9. The general scheme of approach will be on the lines as laid down in the "Self-help Corps Standard Formation of Attack" (OK 340/CV/429). 10. Commanding Officers will submit a detailed scheme for the attack (with sketch maps) not later than 4 P.M. on August 6th. 11. Mopping-up parties will be detailed to deal with all dug-outs known to be occupied. Prisoners will not be taken, but undue roughness is to be discouraged as likely to bring discredit upon the service. Steps will be taken, however, to ensure the immediate, if temporary, silence of the obstreperous. O.C. Chloroform will arrange. 12. The Dog emplacement at G 36 A 0.8 will be dealt with by the Brigade Dog-fancier. 13. Brigade Cooks will be detailed in specified areas to act as decoys for Policemen. 14. All information as to the plans, intentions, appearance, habits and dispositions of inhabitants will be found in Appendix I. Some good interior photographs of the house have been obtained by Corps photographers acting as window-cleaners. 15. As foreshadowed in the Self-help Corps Intelligence Summary of June 29th most of the family will be away at the seaside by the date fixed for the Raid. 16. A teetotal Guard will be placed over all cellars. 17. Advanced Report Centre will be at G 25 D 93 ("The Peck and Jackdaw"). 18. A site for a forward dump will be chosen—preferably on the Bayswater-Broadmead Road. "Q" will arrange. 19. Practice Raids will be carried out upon a model of the objective which will be erected at the depot....
Show more
Show less