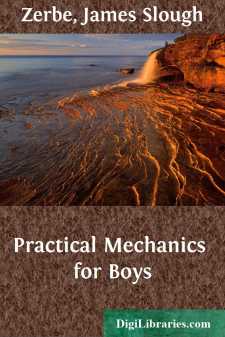 The American method of teaching the mechanical arts has some disadvantages, as compared with the apprentice system followed in England, and very largely on the continent.

It is too often the case that here a boy or a young man begins work in a machine shop, not for the avowed purpose of learning the trade, but simply as a helper, with no other object in view than to get his weekly wages.

Abroad, the plan is one which, for various reasons, could not be tolerated here. There he is bound for a certain term of years, and with the prime object of teaching him to become an artisan. More often than otherwise he pays for this privilege, and he knows it is incumbent on him "to make good" right from the start.

He labors under the disadvantage, however, that he has a certain tenure, and in that course he is not pushed forward from one step to the next on account of any merit of his own. His advancement is fixed by the time he has put in at each part of the work, and thus no note is taken of his individuality.

Here the boy rises step after step by virtue of his own qualifications, and we recognize that one boy has the capacity to learn faster than another. If he can learn in one year what it requires three in another to acquire, in order to do it as perfectly, it is an injury to the apt workman to be held back and deterred from making his way upwardly.

It may be urged that the apprentice system instills thoroughness. This may be true; but it also does another thing: It makes the man a mere machine. The true workman is a thinker. He is ever on the alert to find easier, quicker and more efficient means for doing certain work.

What is called "Efficiency" in labor methods, can never obtain in an apprenticeship system for this reason. In a certain operation, where twelve motions are required to do a certain thing, and a minute to perform the twelve operations, a simplified way, necessitating only eight motions, means a difference in saving one-third of the time. The nineteen hundred fewer particular movements in a day's work, being a less strain on the operator, both physically and mentally, to say nothing whatever of the advantages which the proprietor of the shop would gain.

I make this a leading text in the presentation of this book; namely, that individual merit and stimulus is something of such extreme importance that it should be made the keynote for every boy who tries to become a mechanic.

The machinist easily occupies a leading place in the multitude of trades and occupations. There is hardly an article of use but comes to the market through his hands. His labor is most diverse, and in his employment doing machine work he is called upon to do things which vary widely in their character.

These require special knowledge, particular tools, and more frequently than otherwise, a high order of inventive ability to enable him to accomplish the task.

The boy should be taught, at the outset, that certain things must be learned thoroughly, and that habits in a machine shop can be bad as well as good....