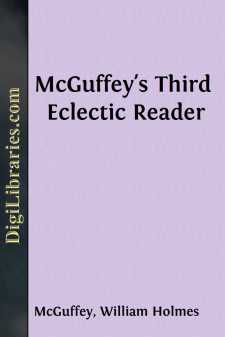 NOTE.—If the pupil has received proper oral instruction, he has been taught to understand what he has read, and has already acquired the habit of emphasizing words. He is now prepared for a more formal introduction to the SUBJECT of emphasis, and for more particular attention to its first PRINCIPLES. This lesson, and the examples given, should be repeatedly practiced. In reading and in talking, we always speak some words with more force than others. We do this, because the meaning of what we say depends most upon these words. If I wish to know whether it is George or his brother who is sick, I speak the words George and brother with more force than the other words. I say, Is it George or his brother who is sick? This greater force with which we speak the words is called EMPHASIS. The words upon which emphasis is put, are sometimes printed in slanting letters, called Italics,* and sometimes in CAPITALS. The words printed in Italics in the following questions and answers, should be read with more force than the other words, that is, with emphasis. Did you ride to town yesterday? No, my brother, did. Did yon ride to town yesterday? No, I walked.

* Italics are also used for other purposes, though most frequently for emphasis.

Punctuation should be thoroughly studied by the pupil, in order that he may become perfectly familiar with the marks and pauses found in the reading lessons of this volume.

These marks are used to point off written or printed matter into sentences and parts of sentences, and thus to assist the reader in obtaining the meaning of the writer. They seldom indicate the length of the pause to be made; this must be determined by the sense. A Hyphen (-) is used between syllables in a word divided at the end of a line; as, "be-cause," "ques-tion," and between the parts of a compound word; as, Rocking-chair, good-by.

The Comma (,), Semicolon (;), and Colon (:) markgrammatical divisions in a sentence; as,God is good; for he gives us all things.Be wise to-day, my child: 't is madness to defer.

An Interrogation Point (?) denotes a question; as,Has he come? Who are you?

The Dash (—) is used where there is a sudden break or pause in a sentence; as, The truth has power—such is God's will—to make us better.

Quotation Marks (" ") denote the words of another; as,God said, "Let there be light."