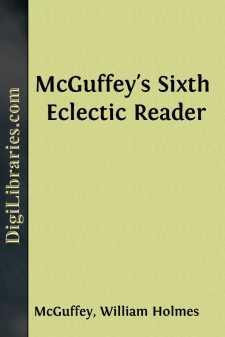 The subject of Elocution, so far as it is deemed applicable to a work of this kind, will be considered under the following heads, viz:

Articulation is the utterance of the elementary sounds of a language, and of their combinations.

As words consist of one or more elementary sounds, the first object of the student should he to acquire the power of uttering those sounds with distinctness, smoothness, and force. This result can be secured only by careful practice, which must be persevered in until the learner has acquired a perfect control of his organs of speech.

An Elementary Sound is a simple, distinct sound made by the organs of speech.

The Elementary Sounds of the English language are divided into Vocals,Subvocals, and Aspirates.

Vocals are sounds which consist of pure tone only. They are the most prominent elements of all words, and it is proper that they should first receive attention. A vocal may be represented by one letter, as in the word hat, or by two or more letters, as in heat, beauty. A diphthong is a union of two vocals, commencing with one and ending with the other. It is usually represented by two letters, as in the words oil, boy, out, now.

Each of these can he uttered with great force, so as to give a distinct expression of its sound, although the voice be suddenly suspended, the moment the sound is produced. This is done by putting the lips, teeth, tongue, and palate in their proper position, and then expelling each sound from the throat in the same manner that the syllable "ah!" is uttered in endeavoring to deter a child from something it is about to do; thus, a'—a'—a'—.

Let the pupil he required to utter every one of the elements in the Table with all possible suddenness and percussive force, until he is able to do it with ease and accuracy. This must not he considered as accomplished until he can give each sound with entire clearness, and with all the suddenness of the crack of a rifle. Care must be taken that the vocal alone be heard; there must be no consonantal sound, and no vocal sound other than the one intended.

At first, the elementary sounds may be repeated by the class in concert; then separately.

REMARK I.—In this table, the short sounds are nearly or quite the same, in quantity, as the long sounds. The difference consists chiefly in quality. Let the pupil determine this fact by experiment.

REMARK II.—The vocals are often represented by other letters or combinations of letters than those used in the table: for instance, a is represented by ai as in hail, by ea as in steak, etc.

REMARK III.—As a general rule, the long vocals and the diphthongs should be articulated with full, clear utterance; but the short vocals have a sharp, distinct, and almost explosive utterance....