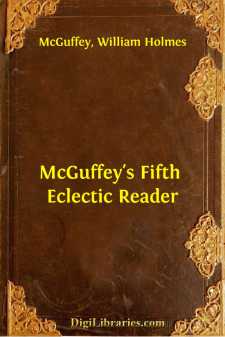 The great object to be accomplished in reading, as a rhetorical exercise, is to convey to the hearer, fully and clearly, the ideas and feelings of the writer.

In order to do this, it is necessary that a selection should be carefully studied by the pupil before he attempts to read it. In accordance with this view, a preliminary rule of importance is the following:

RULE 1.—Before attempting to read a lesson, the learner should make himself fully acquainted with the subject as treated of in that lesson, and endeavor to make the thought and feeling and sentiments of the writer his own.

REMARK.—When he has thus identified himself with the author, he has the substance of all rules in his own mind. It is by going to nature that we find rules. The child or the savage orator never mistakes in inflection or emphasis or modulation. The best speakers and readers are those who follow the impulse of nature, or most closely imitate it as observed in others.

Articulation is the utterance of the elementary sounds of a language, and of their combinations.

An Elementary Sound is a simple, distinct sound made by the organs of speech.

The Elementary Sounds of the English language are divided into Vocals,Subvocals, and Aspirates.

Vocals are sounds which consist of pure tone only. A diphthong is a union of two vocals, commencing with one and ending with the other.

DIRECTION.—Put the lips, teeth, tongue, and palate in their proper position; pronounce the word in the chart forcibly, and with the falling inflection, several times in succession; then drop the subvocal or aspirate sounds which precede or follow the vocal, and repeat the vocals alone.

REMARK 1.—In this table, the short sounds, except u, are nearly or quite the same in quality as certain of the long sounds. The difference consists chiefly in quantity.

REMARK 2. The vocals are often represented by other letters or combinations of letters than those used in the table; for instance, a is represented by ai in hail, ea in steak, etc.

REMARK 3.—As a general rule, the long vocals and the diphthongs should be articulated with a full, clear utterance; but the short vocals have a sharp, distinct, and almost explosive utterance.

Subvocals are those sounds in which the vocalized breath is more or less obstructed.

Aspirates consist of breath only, modified by the vocal organs.