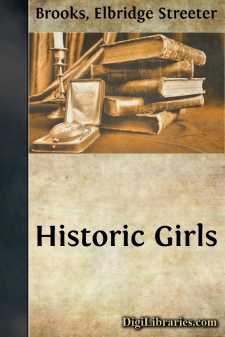 ZENOBIA OF PALMYRA: THE GIRL OF THE SYRIAN DESERT. [Afterward known as "Zenobia Augusta, Queen of the East."] A.D. 250.

MANY and many miles and many days' journey toward the rising sun, over seas and mountains and deserts,—farther to the east than Rome, or Constantinople, or even Jerusalem and old Damascus,—stand the ruins of a once mighty city, scattered over a mountain-walled oasis of the great Syrian desert, thirteen hundred feet above the sea, and just across the northern border of Arabia. Look for it in your geographies. It is known as Palmyra. To-day the jackal prowls through its deserted streets and the lizard suns himself on its fallen columns, while thirty or forty miserable Arabian huts huddle together in a small corner of what was once the great court-yard of the magnificent Temple of the Sun.

And yet, sixteen centuries ago, Palmyra, or Tadmor as it was originally called, was one of the most beautiful cities in the world. Nature and art combined to make it glorious. Like a glittering mirage out of the sand-swept desert arose its palaces and temples and grandly sculptured archways. With aqueducts and monuments and gleaming porticos with countless groves of palm-trees and gardens full of verdure; with wells and fountains, market and circus; with broad streets stretching away to the city gates and lined on either side with magnificent colonnades of rose-colored marble—such was Palmyra in the year of our Lord 250, when, in the soft Syrian month of Nisan, or April, in an open portico in the great colonnade and screened from the sun by gayly colored awnings, two young people—a boy of sixteen and a girl of twelve—looked down upon the beautiful Street of the Thousand Columns, as lined with bazaars and thronged with merchants it stretched from the wonderful Temple of the Sun to the triple Gate-way of the Sepulchre, nearly a mile away.

Both were handsome and healthy—true children of old Tadmor, that glittering, fairy-like city which, Arabian legends say, was built by the genii for the great King Solomon ages and ages ago. Midway between the Mediterranean and the Euphrates, it was the meeting-place for the caravans from the east and the wagon trains from the west, and it had thus become a city of merchant princes, a wealthy commercial republic, like Florence and Venice in the middle ages—the common toll-gate for both the East and West.

But, though a tributary colony of Rome, it was so remote a dependency of that mighty mistress of the world that the yoke of vassalage was but carelessly worn and lightly felt. The great merchants and chiefs of caravans who composed its senate and directed its affairs, and whose glittering statues lined the sculptured cornice of its marble colonnades, had more power and influence than the far-off Emperor at Rome, and but small heed was paid to the slender garrison that acted as guard of honor to the strategi or special officers who held the colony for Rome and received its yearly tribute. And yet so strong a force was Rome in the world that even this free-tempered desert city had gradually become Romanized in manners as in name, so that Tadmor had become first Adrianapolis and then Palmyra....