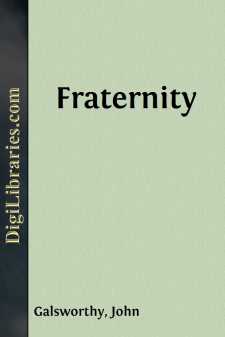 CHAPTER I THE SHADOW

In the afternoon of the last day of April, 190-, a billowy sea of little broken clouds crowned the thin air above High Street, Kensington. This soft tumult of vapours, covering nearly all the firmament, was in onslaught round a patch of blue sky, shaped somewhat like a star, which still gleamed—a single gentian flower amongst innumerable grass. Each of these small clouds seemed fitted with a pair of unseen wings, and, as insects flight on their too constant journeys, they were setting forth all ways round this starry blossom which burned so clear with the colour of its far fixity. On one side they were massed in fleecy congeries, so crowding each other that no edge or outline was preserved; on the other, higher, stronger, emergent from their fellow-clouds, they seemed leading the attack on that surviving gleam of the ineffable. Infinite was the variety of those million separate vapours, infinite the unchanging unity of that fixed blue star.

Down in the street beneath this eternal warring of the various soft-winged clouds on the unmisted ether, men, women, children, and their familiars—horses, dogs, and cats—were pursuing their occupations with the sweet zest of the Spring. They streamed along, and the noise of their frequenting rose in an unbroken roar: "I, I—I, I!"

The crowd was perhaps thickest outside the premises of Messrs. Rose and Thorn. Every kind of being, from the highest to the lowest, passed in front of the hundred doors of this establishment; and before the costume window a rather tall, slight, graceful woman stood thinking: "It really is gentian blue! But I don't know whether I ought to buy it, with all this distress about!"

Her eyes, which were greenish-grey, and often ironical lest they should reveal her soul, seemed probing a blue gown displayed in that window, to the very heart of its desirability.

"And suppose Stephen doesn't like me in it!" This doubt set her gloved fingers pleating the bosom of her frock. Into that little pleat she folded the essence of herself, the wish to have and the fear of having, the wish to be and the fear of being, and her veil, falling from the edge of her hat, three inches from her face, shrouded with its tissue her half-decided little features, her rather too high cheek-bones, her cheeks which were slightly hollowed, as though Time had kissed them just too much.

The old man, with a long face, eyes rimmed like a parrot's, and discoloured nose, who, so long as he did not sit down, was permitted to frequent the pavement just there and sell the 'Westminster Gazette', marked her, and took his empty pipe out of his mouth.

It was his business to know all the passers-by, and his pleasure too; his mind was thus distracted from the condition of his feet. He knew this particular lady with the delicate face, and found her puzzling; she sometimes bought the paper which Fate condemned him, against his politics, to sell. The Tory journals were undoubtedly those which her class of person ought to purchase....