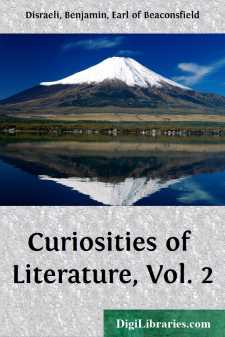 Of his romantic excursion into Spain for the Infanta, many curious particulars are scattered amongst foreign writers, which display the superstitious prejudices which prevailed on this occasion, and, perhaps, develope the mysterious politics of the courts of Spain and Rome.

Cardinal Gaetano, who had long been nuncio in Spain, observes, that the people, accustomed to revere the Inquisition as the oracle of divinity, abhorred the proposal of the marriage of the Infanta with an heretical prince; but that the king's council, and all wise politicians, were desirous of its accomplishment. Gregory XV. held a consultation of cardinals, where it was agreed that the just apprehension which the English catholics entertained of being more cruelly persecuted, if this marriage failed, was a sufficient reason to justify the pope. The dispensation was therefore immediately granted, and sent to the nuncio of Spain, with orders to inform the Prince of Wales, in case of rupture, that no impediment of the marriage proceeded from the court of Rome, who, on the contrary, had expedited the dispensation.

The prince's excursion to Madrid was, however, universally blamed, as being inimical to state interests. Nani, author of a history of Venice, which, according to his digressive manner, is the universal history of his times, has noticed this affair. "The people talked, and the English murmured more than any other nation, to see the only son of the king and heir of his realms venture on so long a voyage, and present himself rather as a hostage, than a husband to a foreign court, which so widely differed in government and religion, to obtain by force of prayer and supplications a woman whom Philip and his ministers made a point of honour and conscience to refuse."

Houssaie observes, "The English council were against it, but king James obstinately resolved on it; being over-persuaded by Gondomar, the Spanish ambassador, whose facetious humour and lively repartees greatly delighted him. Gondomar persuaded him that the presence of the prince would not fail of accomplishing this union, and also the restitution of the electorate to his son-in-law the palatine. Add to this, the Earl of Bristol, the English ambassador-extraordinary at the court of Madrid, finding it his interest, wrote repeatedly to his majesty that the success was certain if the prince came there, for that the Infanta would be charmed with his personal appearance and polished manners. It was thus that James, seduced by these two ambassadors, and by his parental affection for both his children, permitted the Prince of Wales to travel into Spain." This account differs from Clarendon.

Wicquefort says, "that James in all this was the dupe of Gondomar, who well knew the impossibility of this marriage, which was alike inimical to the interests of politics and the Inquisition. For a long time he amused his majesty with hopes, and even got money for the household expenses of the future queen. He acted his part so well, that the King of Spain recompensed the knave, on his return, with a seat in the council of state." There is preserved in the British Museum a considerable series of letters which passed between James I....