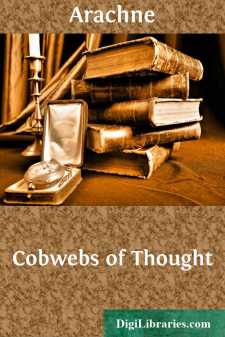 I. OUR IGNORANCE OF OURSELVES.

Self-Analysis, apart from its scientific uses, has seldom rewarded those who have practised it. To probe into the inner world of motive and desire has proved of small benefit to any one, whether hermit, monk or nun, indeed it has been altogether mischievous in result, unless the mind that probed, was especially healthy. Bitter has been the dissatisfaction, both with the process, and with what came of it, for being miserably superficial it could lead to no real knowledge of self, but simply centred self on self, producing instead of self-knowledge, self-consciousness, and often the beginnings of mental disease.

For fruitful self analysis it is apparently necessary then to have a clear, definite aim outside self—such as achieving the gain of some special piece of knowledge, and we find such definite aims in psychology, and certain systems of philosophy—Greek, English, and German, in Plato Locke, Kant, and in the meditations of Descartes, and many others. Self-analysis is the basis of psychological knowledge, but the science has been chiefly used to explain the methods by which we obtain knowledge of the outer world in relation to ourselves. When a philosopher centres self on self, in order to know self as a result of introspection, the results have been disastrous, and have contributed nothing to knowledge, properly so-called. If religious self-examination has its dangers, so also has philosophical self-analysis for its own sake. It is a fascinating study for those who care for thought for thought's sake—the so-called Hamlets of the world, who are for ever revolving round the axes of their own ideas and dreams, and who never progress towards any clear issue. Amiel's "Vie Intime" is a study of this kind. It adds nothing to any clear knowledge of self, absorbing and interesting as the record is. It is suggestive to a great degree, and in that lies its value, but it is as vague, as it is sad. It appeals deeply to those who live apart in a world of their own, in thoughtful imaginative reverie, but its effects on the mind were deplored even by Amiel himself in words which are acutely pathetic. The pain which consumed him arose from the concentration of self on self. Self was monopolised by self, self-consciousness was produced, though without a touch of selfish egoism.

Out of this self-conscious introspection, grew that sterility of soul and mind, that dwindling of capacity, and individuality, which Amiel felt was taking place within him. A constant, aimless, inevitable habit of self-introspection was killing his mental life, before the end came physically.

Another philosophical victim to the same habit was John Stuart Mill, at one time of his life. His father analysed almost everything, except himself, and John Stuart Mill had grown up in this logical atmosphere of analysis, and to much profit as his works show. But when he turned the microscope on his own states of feeling, and on the aims of his life, the result was melancholia—almost disease of mind....