A Century of Wrong 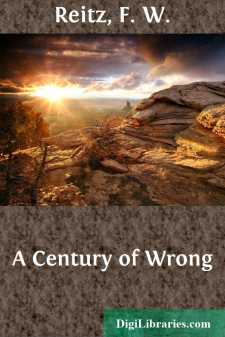 Once more in the annals of our bloodstained history has the day dawned when we are forced to grasp our weapons in order to resume the struggle for liberty and existence, entrusting our national cause to that Providence which has guided our people throughout South Africa in such a miraculous way.

The struggle of now nearly a century, which began when a foreign rule was forced upon the people of the Cape of Good Hope, hastens to an end; we are approaching the last act in that great drama which is so momentous for all South Africa; we have reached a stage when it will be decided whether the sacrifices which both our fathers and we ourselves have made in the cause of freedom have been offered in vain, whether the blood of our race, with which every part of South Africa has been, as it were, consecrated, has been shed in vain; and whether by the grace of God the last stone will now be built into the edifice which our fathers began with so much toil and so much sorrow.

The hour has struck which will decide whether South Africa, in jealously guarding its liberty, will enter upon a new phase of its history, or whether our existence as a people will come to an end, whether we shall be exterminated in the deadly struggle for that liberty which we have prized above all earthly treasures, and whether South Africa will be dominated by capitalists without conscience, acting in the name and under the protection of an unjust and hated Government 7,000 miles away from here.

The necessity of historical retrospect.

In this hour it behoves us to cast a glance back at the history of this great struggle. We do so not to justify ourselves, because liberty, for which we have sacrificed everything, has justified us and screened our faults and failings, but we do so in order that we may be, as it were, sanctified and prepared for the conflict which lies before us, bearing in mind what our people have done and suffered by the help of God. In this way we may be enabled to continue the work of our fathers, and possibly to complete it. Their deeds of heroism in adventures with Bantu and Briton shine forth like guiding stars through the history of the past, in order to point out the way for posterity to reach that goal for which our sorely tried people have made such great sacrifices, and for which they have undergone so many vicissitudes.

The historical survey will, moreover, aid in bringing into stronger relief those naked truths to which the tribunal of impartial history will assuredly testify hereafter, in adjudging the case between ourselves and our enemy. And the questions which present themselves for solution in the approaching conflict have their origin deep in the history of the past; it is only by the light of that history that it becomes possible to discern and appreciate the drifting straws which float on the currents of to-day. By its light we are more clearly enabled to comprehend the truth, to which our people appeal as a final justification for embarking upon the war now so close at hand.

History will show convincingly that the pleas of humanity, civilisation, and equal rights, upon which the British Government bases its actions, are nothing else but the recrudescence of that spirit of annexation and plunder which has at all times characterised its dealings with our people.

THE CAPE OF GOOD HOPE.

The cause for which we are about to take up arms is the same, though in somewhat different form, as that for which so many of our forefathers underwent the most painful experiences centuries ago, when they abandoned house and fatherland to settle at the Cape of Good Hope, to enjoy there that freedom of conscience which was denied them in the land of their birth. In the beautiful valleys lying between the blue mountains of the Cape of Good Hope they planted the seed-germ of liberty, which sprang up and has since developed with such startling rapidity into the giant tree of to-day—a tree which not only covers a considerable area in this part of the world, but will yet, in God's good time, we feel convinced, stretch out its leafy branches over the whole of South Africa....