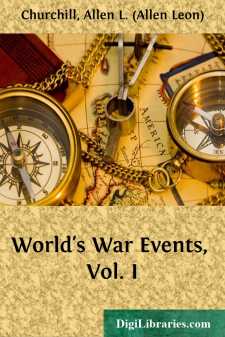 The Archduke Francis Ferdinand will go down to posterity without having yielded up his secret. Great political designs have been ascribed to him, mainly on the strength of his friendship with William II. What do we really know about him? He was strong-willed and obstinate, very Clerical, very Austrian, disliking the Hungarians to such an extent that he kept their statesmen at arm's-length, and having no love for Italy. He has been credited with sympathies towards the Slav elements of the Empire; it has been asserted that he dreamt of setting up, in place of the dual monarchy, a "triune State," in which the third factor would have been made up for the most part of Slav provinces carved out of the Kingdom of St. Stephen. Immediately after he had been murdered, the Vossische Zeitung refuted this theory with arguments which seemed to me thoroughly sound.

The Archduke, said the Berlin newspaper, was too keen-witted not to see that he would thus be creating two rivals for Austria instead of one, and that the Serb populations would come within the orbit of Belgrade rather than of Vienna. Serbia would become the Piedmont of the Balkans; she would draw to herself the Slavs of the Danube valley by a process of crystallization similar to that which brought about Italian unity.

From year to year the Archduke had acquired more and more weight in the governance of the Empire, in proportion as his uncle's will grew weaker beneath the burden of advancing age. Thus he had succeeded in his efforts to provide Austria-Hungary with a new navy, the counterpart, on a more modest scale, of the German fleet, and to reorganize the effective army, here again taking Germany for his model. Among certain cliques, he was accused of not keeping enough in the background, of showing little tact or consideration in the manner of thrusting aside the phantom Emperor, who was gently gliding into the winter of the years at Schönbrunn amid the veneration of his subjects of every race.

Another charge was that he appointed too many of his creatures to important civil and military posts.

Antagonism of Russia and Austria.

We may well believe that this prince, observing the gradual decay of the monarchy, tried to restore its vigour, and that his first thought was to hold with a firm grasp, even before assuming the Imperial crown, the cluster of nationalities, mutually hostile and always discontented, that go to make up the Dual Empire. So far as foreign relations are concerned, we may assume that he was bent on winning her a place in the first rank of Powers; that he wished, above all, to see her predominant all along the Danube and in the Balkans; that he even aimed at giving her the road to Salonika and the Levant, though it were at the price of a collision with Russia. This antagonism between the two neighbour Empires must have often been among the topics of his conversations with William II.

The Archduke needed military glory, prestige won on the battle-field, in order to seat his consort firmly on the throne and make his children heirs to the Cæsars....