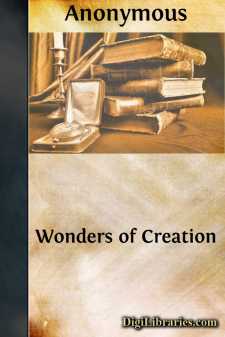 Among the many wonderful works of God, none exhibits so much of awful grandeur as an active volcano. This name for a burning mountain was first applied to that which exists in the island anciently called Hiera, one of the Lipari group. It is derived from the name of the heathen god Vulcan, which was originally spelt with an initial B, as appears from an ancient altar on which were inscribed the words BOLCANO SAC. ARA. This spelling indicates the true derivation of the name, which is simply a corruption of Tubal- cain, who was "an instructer of every artificer in brass and iron" (Gen. iv. 22). The ancient heathen, having deified this personage, imagined, on first seeing a burning mountain, that Tubal-cain, or Vulcan, must have established his forge in the heart of it, and so, not unnaturally, named it Volcano—an appellation which the Island of Hiera retains to the present day.

The Cyclops—the supposed descendants of Vulcan, who were fabled to have been of gigantic stature, and to have had each only one eye in the centre of the forehead—were imagined to be the workmen who laboured in these underground forges. The noises, proceeding from the heart of the mountain, were attributed to their operations. It is to the Island of Hiera that Virgil alludes in the Æneid, lib. viii. 416. The passage is thus rendered by Dryden:—

"Sacred to Vulcan's name, an isle there lay,      Betwixt Sicilia's coasts and Lipare,      Raised high on smoking rocks, and deep below,      In hollow caves the fires of Etna glow.      The Cyclops here their heavy hammers deal;      Loud strokes and hissings of tormented steel      Are heard around; the boiling waters roar,      And smoky flames through fuming tunnels soar."

A volcano generally presents itself to the imagination as a mountain sending forth from its summit great clouds of smoke with vast sheets of flame, and it is not unfrequently so described. The truth is, however, that a real volcano seldom emits either true smoke or true flame. What is mistaken for smoke consists merely of vast volumes of fine dust, mingled with much steam and other vapours—chiefly sulphurous. What appears like flames is simply the glare from the glowing materials which are thrown up towards the top of the mountain—this glare being reflected from the clouds of dust and steam.

The most essential part of a volcano is the crater, a hollow basin, generally of a circular form. It is often of large dimensions, and sometimes of vast depth....