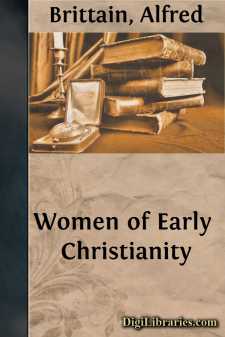 When the historian has described the rise and fall of empires and dynasties, and has recounted with care and exactness the details of the great political movements that have changed the map of continents, there remains the question: What was the cause of these revolutions in human society--what were the real motives that were operative in the hearts and minds of the persons in the great drama of history that has been displayed? The mere chain of events as they have passed before the eye as it surveys the centuries does not give an explanation of itself. There must be a cause that lies behind these events, and of which they are but the effects. This cause, the true cause of history, lies in the minds and hearts of the men and nations. The student of the past is coming more and more to see that the only hope of making history a science, and not a mere chronicle, is to be found in the clear ascertainment and study of those psychological conditions which have made actions what they were. Foremost among those conditions have been the hopes, aspirations and ideals of men and women. These have been the greatest motive forces in the history of the world. These, quite as much as merely selfish considerations, have guided the conduct of the men who have made history, not merely those who have been leaders in the great movements of society, but the multitude of followers who have not attracted the attention of historians, but have, nevertheless, given the strength and force to the revolutions of the world.

The deepest interest in the history of Christian women lies in the way in which woman's status in society has been modified by the new religion. The chronicle of saintly life and deeds is a part of that history. But there are, also, women who have signally failed to attain those virtues for which their religion called. These, too, have their place, for both have either forwarded or retarded the realization of woman's place in society. Often the heathen spirit is but half concealed under the mask of Christianity. But the whole tone of society has been changed, nevertheless, by the ideas and ideals which that religion brought before men's minds in a new and vivid manner.

The position of woman has been more influenced by Christianity than by any other religion. This is not because there have not been noble sentiments expressed by non-Christian writers; for among the rabbinical writers, for instance, are many fine sentiments that could have come only from men who clearly perceived the place of woman in an ideal human society. Nor because in Christianity there have not been men whose conception of woman was more suitable to the adherents of those faiths that have regarded her as a thing unclean. But from the very nature of the appeal which Christianity has made to the world, the place of woman in society has been changed. The new faith appealed to all mankind in the name of the humanity which the Son of God had assumed, and consequently it was forced to treat men and women as on a spiritual equality....