William Harvey and the Circulation of the Blood 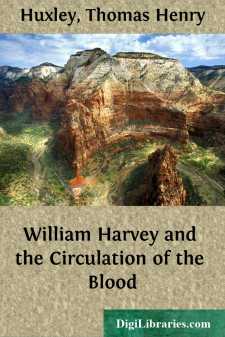 I DESIRE this evening to give you some account of the life and labours of a very noble Englishman—William Harvey.

William Harvey was born in the year 1578, and as he lived until the year 1657, he very nearly attained the age of 80. He was the son of a small landowner in Kent, who was sufficiently wealthy to send this, his eldest son, to the University of Cambridge; while he embarked the others in mercantile pursuits, in which they all, as time passed on, attained riches.

William Harvey, after pursuing his education at Cambridge, and taking his degree there, thought it was advisable—and justly thought so, in the then state of University education—to proceed to Italy, which at that time was one of the great centres of intellectual activity in Europe, as all friends of freedom hope it will become again, sooner or later. In those days the University of Padua had a great renown; and Harvey went there and studied under a man who was then very famous—Fabricius of Aquapendente. On his return to England, Harvey became a member of the College of Physicians in London, and entered into practice; and, I suppose, as an indispensable step thereto, proceeded to marry. He very soon became one of the most eminent members of the profession in London; and, about the year 1616, he was elected by the College of Physicians their Professor of Anatomy. It was while Harvey held this office that he made public that great discovery of the circulation of the blood and the movements of the heart, the nature of which I shall endeavour by-and-by to explain to you at length. Shortly afterwards, Charles the First having succeeded to the throne in 1625, Harvey became one of the king's physicians; and it is much to the credit of the unfortunate monarch—who, whatever his faults may have been, was one of the few English monarchs who have shown a taste for art and science—that Harvey became his attached and devoted friend as well as servant; and that the king, on the other hand, did all he could to advance Harvey's investigations. But, as you know, evil times came on; and Harvey, after the fortunes of his royal master were broken, being then a man of somewhat advanced years—over 60 years of age, in fact—retired to the society of his brothers in and near London, and among them pursued his studies until the day of his death. Harvey's career is a life which offers no salient points of interest to the biographer. It was a life devoted to study and investigation; and it was a life the devotion of which was amply rewarded, as I shall have occasion to point out to you, by its results.

Harvey, by the diversity, the variety, and the thoroughness of his investigations, was enabled to give an entirely new direction to at least two branches—and two of the most important branches—of what now-a-days we call Biological Science. On the one hand, he founded all our modern physiology by the discovery of the exact nature of the motions of the heart, and of the course in which the blood is propelled through the body; and, on the other, he laid the foundation of that study of development which has been so much advanced of late years, and which constitutes one of the great pillars of the doctrine of evolution....