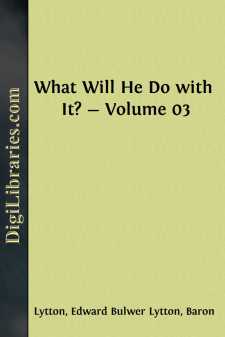 Let a king and a beggar converse freely together, and it is the beggar's fault if he does not say something which makes the king lift his hat to him.

The scene shifts back to Gatesboro', the forenoon of the day succeeding the memorable exhibition at the Institute of that learned town. Mr. Hartopp was in the little parlour behind his country-house, his hours of business much broken into by those intruders who deem no time unseasonable for the indulgence of curiosity, the interchange of thought, or the interests of general humanity and of national enlightenment. The excitement produced on the previous evening by Mr. Chapman, Sophy, and Sir Isaac was greatly on the increase. Persons who had seen them naturally called on the Mayor to talk over the exhibition. Persons who had not seen them, still more naturally dropped in just to learn what was really Mr. Mayor's private opinion. The little parlour was thronged by a regular levee There was the proprietor of a dismal building, still called "The Theatre," which was seldom let except at election time, when it was hired by the popular candidate for the delivery of those harangues upon liberty and conscience, tyranny and oppression, which furnish the staple of declamation equally to the dramatist and the orator. There was also the landlord of the Royal Hotel, who had lately built to his house "The City Concert-Room,"—a superb apartment, but a losing speculation. There, too, were three highly respectable persons, of a serious turn of mind, who came to suggest doubts whether an entertainment of so frivolous a nature was not injurious to the morality of Gatesboro'. Besides these notables, there were loungers and gossips, with no particular object except that of ascertaining who Mr. Chapman was by birth and parentage, and suggesting the expediency of a deputation, ostensibly for the purpose of asking him to repeat his performance, but charged with private instructions to cross-examine him as to his pedigree. The gentle Mayor kept his eyes fixed on a mighty ledger-book, pen in hand. The attitude was a rebuke on intruders, and in ordinary times would have been so considered. But mildness, however majestic, is not always effective in periods of civic commotion. The room was animated by hubbub. You caught broken sentences here and there crossing each other, like the sounds that had been frozen in the air, and set free by a thaw, according to the veracious narrative of Baron Munchausen.

PLAYHOUSE PROPRIETOR.—"The theatre is the—"

SERIOUS GENTLEMAN.—"Plausible snare by which a population, at present grave and well-disposed, is decoyed into becoming—"

EXCITED ADMIRER.—"A French poodle, sir, that plays at dominos like a—"

CREDULOUS CONJECTURER.—"Benevolent philanthropist, condescending to act for the benefit of some distressed brother who is—"

PROPRIETOR of CITY CONCERT-ROOM.—"One hundred and twenty feet long by forty, Mr. Mayor! Talk of that damp theatre, sir, you might as well talk of the—"

Suddenly the door flew open, and pushing aside a clerk who designed to announce him, in burst Mr....