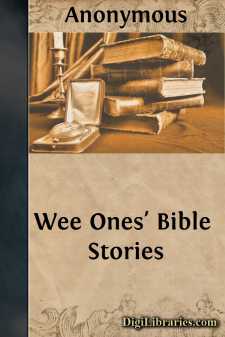 Jesus had chosen twelve out of the many who flocked about Him wishing to be His disciples, and these twelve were called apostles. He sent them forth to preach the gospel, giving them power to cast out evil spirits and to heal diseases; and when they were about to go forth upon their mission, He gave them instructions regarding what they were to do, and warned them of the persecutions which would be heaped upon them. He also bade them be strong and not fear those who had power to kill the body only, because the soul was far more precious. So the apostles went out into the cities and towns and preached the word of God and carried blessing with them.

When they came back they told Jesus what they had done, and they went with Him across the sea of Galilee to a quiet spot where they could rest and talk over their work.

But the people went around the sea, or lake, to join them on the other side; and when Jesus saw the crowds He was sorry for them, and taught and healed them again as He had done so many times.

In the evening His disciples urged Him to send the people away that they might buy food for themselves in the village; but Jesus said, "Give ye them to eat."

The disciples thought this would be impossible. "We have here but five loaves and two fishes," they told Him; and when He said, "Bring them hither to Me," they obeyed Him with wonder.

Then Jesus commanded the people to sit down in groups upon the green grass; and He took the loaves and gave thanks to God for them, and broke them into pieces, handing them to His disciples to give to the people.

He divided the fishes also in the same way, and the disciples went about among the groups giving each person a share, and everyone had enough to eat; for although there were about five thousand men there, besides women and children, the food was sufficient for all. Even more than this, when the multitude had eaten all that they wanted, the disciples gathered up twelve baskets full of the broken pieces.

When the people saw this wonderful miracle which Jesus had done, they wished to make Him king at once, for they thought He was the Promised One for whom they had been so long waiting, and they did not know that the kingdom of Christ was not to be an earthly kingdom.

But Jesus would not allow them to make Him king, and He left them and went up on the top of a mountain alone.

On another occasion when a great crowd had gathered to hear Him and had been for a long time without food, He called His disciples to Him and told them that He felt very sorry for the people because they had been fasting three days, and He could not send them away so weak and hungry for fear they would faint before they could reach home.

But His disciples said they did not know where they could get food for so many, as they were in the wilderness.

Jesus asked them how many loaves of bread they had, and they told Him seven, and also a few small fishes.

Then Jesus bade the people sit down on the ground around Him, and He took the seven loaves and the fishes and offered thanks to God; afterwards, He broke the loaves into pieces as He had done before and gave them, with the fishes, to His disciples, and the disciples distributed them among the people....