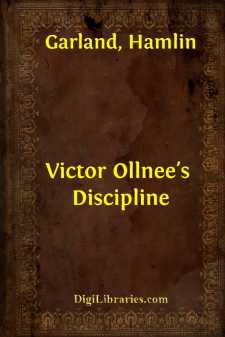 Saturday had been a strenuous day for the baseball team of Winona University, and Victor Ollnee, its redoubtable catcher, slept late. Breakfast at the Beta Kappa Fraternity House on Sunday started without him, and Gilbert Frenson, who never played ball or tennis, and Arnold Macey, who was too effeminate to swing a bat, divided the Sunday morning Star between them.

"See here, Gil," called Macey, holding up an illustrated page, "do you suppose this woman is any relation to Vic?"

Frenson took the paper and glanced at it casually. It contained a full-page lurid article, printed in two colors, with the picture of a tall, serpentine, heavy-eyed, yet beautiful woman, whose long arms (ending in claws) reached for the heart of a sleeping man. "What is it all about?" asked Frenson, as his eyes roamed over the text.

"It seems to be an attack on a medium named Ollnee who pretends to be able to bring the dead to life. According to this article, she's the limit as a fraud. You don't suppose—Ollnee is an unusual name—"

"Oh, not so very. I suppose it's another way of spelling Olney. I don't see any reason to connect old Vic with any such woman as that."

"No, only he's always been kind of secretive about his folks. You'll admit that. Why, we don't even know where he came from! Nobody does, unless you do."

Frensen dipped into the article. "Wow! this is a hot one! Lucile has a case for libel all right—unless the reporter happens to be telling the truth."

"Hello, Vic!" he shouted, as a tall, broad-shouldered, but rather lean young fellow entered the room. "Vic, you are discovered!"

"What's the excitement?" asked the newcomer.

"Here's an article in the Sunday paper you should see. It's all about a woman namesake of yours, a medium named Lucile Ollnee. The name is spelled exactly like yours. Say, old man, I didn't know you were the son of an 'infamous faker.' Why didn't you let us know." His tone was comic.

Young Ollnee took the paper quietly, but, as he read, a look of bewilderment came upon his face.

"How about it, Vic?" repeated Macey. "You seem to be hard hit. Is she an aunt or a sister?"

Rising abruptly, Victor left the room, taking the paper with him.

Macey uttered a word of astonishment, but Frensen, after a pause, said, soberly, "There's something doing here, Sissy. He didn't act a bit funny; but it's up to us to keep quiet till we know just where we stand. If that woman is related to Vic he's going to be fighting mad. I guess I'd better go up and see how he's taking it. He certainly did seem jolted." He turned to utter a warning. "Don't say anything to the other fellows till I come back."

Macey promised, and Frenson went up the stairs and into the little study which he and Victor shared in common. The windows were open and the bird-songs and the fragrance of a glorious May morning flooded the room with joy, but in the midst of its radiance young Ollnee sat, bent above the fateful printed page.

As Frenson entered he raised his head. "Have you read this thing, Frens?" he asked, tremulously....