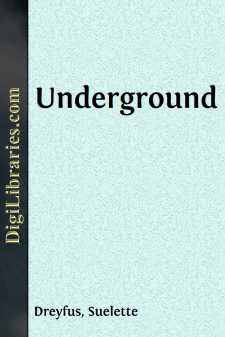 Of course, it wasn't the first time The Parmaster craved a juicy piece of information. Both he and Force knew all about infatuation. That's how it worked with real hackers. They didn't just fancy a titbit here and there. Once they knew information about a particular system was available, that there was a hidden entrance, they chased it down relentlessly. So that was exactly what Par was doing. Chasing Force endlessly, until he got what he wanted.

It began innocently enough as idle conversation between two giants in the computer underground in the first half of 1988. Force, the well-known Australian hacker who ran the exclusive Realm BBS in Melbourne, sat chatting with Par, the American master of X.25 networks, in Germany. Neither of them was physically in Germany, but Altos was.

Altos Computer Systems in Hamburg ran a conference feature called Altos Chat on one of its machines. You could call up from anywhere on the X.25 data communications network, and the company's computer would let you connect. Once connected, with a few brief keystrokes, the German machine would drop you into a real-time, on-screen talk session with anyone else who happened to be on-line. While the rest of the company's computer system grunted and toiled with everyday labours, this corner of the machine was reserved for live on-line chatting. For free. It was like an early form of the Internet Relay Chat. The company probably hadn't meant to become the world's most prestigious hacker hang-out, but it soon ended up doing so.

Altos was the first significant international live chat channel, and for most hackers it was an amazing thing. The good hackers had cruised through lots of computer networks around the world. Sometimes they bumped into one another on-line and exchanged the latest gossip. Occasionally, they logged into overseas BBSes, where they posted messages. But Altos was different. While underground BBSes had a tendency to simply disappear one day, gone forever, Altos was always there. It was live. Instantaneous communications with a dozen other hackers from all sorts of exotic places. Italy. Canada. France. England. Israel. The US. And all these people not only shared an interest in computer networks but also a flagrant contempt for authority of any type. Instant, real-time penpals—with attitude.

However, Altos was more exclusive than the average underground BBS. Wanna-be hackers had trouble getting into it because of the way X.25 networks were billed. Some systems on the network took reverse-charge connections—like a 1-800 number—and some, including Altos, didn't. To get to Altos you needed a company's NUI (Network User Identifier), which was like a calling card number for the X.25 network, used to bill your time on-line. Or you had to have access to a system like Minerva which automatically accepted billing for all the connections made.

X.25 networks are different in various ways from the Internet, which developed later. X.25 networks use different communication protocols and, unlike the Internet at the user-level, they only use addresses containing numbers not letters. Each packet of information travelling over a data network needs to be encased in a particular type of envelope. A `letter' sent across the X.25 network needs an X.25 `stamped' envelope, not an Internet `stamped' envelope.

The X.25 networks were controlled by a few very large players, companies such as Telenet and Tymnet, while the modern Internet is, by contrast, a fragmented collection of many small and medium-sized sites....