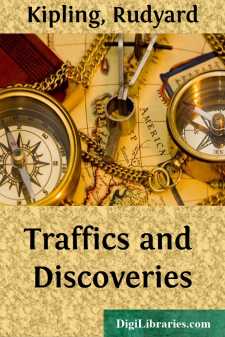 THE CAPTIVE FROM THE MASJID-AL-AQSA OF SAYYID AHMED (WAHABI)

Not with an outcry to Allah nor any complaining  He answered his name at the muster and stood to the chaining.  When the twin anklets were nipped on the leg-bars that held them,  He brotherly greeted the armourers stooping to weld them.  Ere the sad dust of the marshalled feet of the chain-gang swallowed him,  Observing him nobly at ease, I alighted and followed him.  Thus we had speech by the way, but not touching his sorrow  Rather his red Yesterday and his regal To-morrow,  Wherein he statelily moved to the clink of his chains unregarded,  Nowise abashed but contented to drink of the potion awarded.  Saluting aloofly his Fate, he made swift with his story;  And the words of his mouth were as slaves spreading carpets of glory  Embroidered with names of the Djinns—a miraculous weaving—  But the cool and perspicuous eye overbore unbelieving.  So I submitted myself to the limits of rapture—  Bound by this man we had bound, amid captives his capture—  Till he returned me to earth and the visions departed;  But on him be the Peace and the Blessing: for he was great-hearted!

"He that believeth shall not make haste."—Isaiah.

The guard-boat lay across the mouth of the bathing-pool, her crew idly spanking the water with the flat of their oars. A red-coated militia-man, rifle in hand, sat at the bows, and a petty officer at the stern. Between the snow-white cutter and the flat-topped, honey-coloured rocks on the beach the green water was troubled with shrimp-pink prisoners-of-war bathing. Behind their orderly tin camp and the electric-light poles rose those stone-dotted spurs that throw heat on Simonstown. Beneath them the little Barracouta nodded to the big Gibraltar, and the old Penelope, that in ten years has been bachelors' club, natural history museum, kindergarten, and prison, rooted and dug at her fixed moorings. Far out, a three-funnelled Atlantic transport with turtle bow and stern waddled in from the deep sea.

Said the sentry, assured of the visitor's good faith, "Talk to 'em? You can, to any that speak English. You'll find a lot that do."

Here and there earnest groups gathered round ministers of the Dutch Reformed Church, who doubtless preached conciliation, but the majority preferred their bath. The God who Looks after Small Things had caused the visitor that day to receive two weeks' delayed mails in one from a casual postman, and the whole heavy bundle of newspapers, tied with a strap, he dangled as bait. At the edge of the beach, cross-legged, undressed to his sky-blue army shirt, sat a lean, ginger-haired man, on guard over a dozen heaps of clothing. His eyes followed the incoming Atlantic boat.

"Excuse me, Mister," he said, without turning (and the speech betrayed his nationality), "would you mind keeping away from these garments? I've been elected janitor—on the Dutch vote."

The visitor moved over against the barbed-wire fence and sat down to his mail....