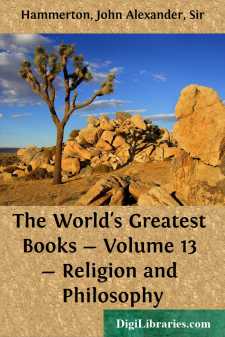 Apocrypha is a Greek word, signifying "secret" or "hidden," but in the sixteenth century it came to be applied to a list of books contained in the Septuagint, or Greek translation of the Old Testament, but not in the Palestinian, or Hebrew Canon. Hence, by theological or bibliographic purists, these books were not regarded as genuine Scripture. That view was adopted by the early Greek Church, though the Western Church was divided in opinion. They appeared as a separate section in Coverdale's English Bible in 1538, and in Luther's German Bible in 1537. The Council of Trent in 1546 admitted them as canonical, except the First and Second Esdras and the Prayer of Manasses--a view rejected after the Reformation by Protestants, who recognised only the Palestinian Record as canonical. The Westminster Confession declared that they were only to be made use of as "human writings," and the Sixth Article of the Church of England states that they are "to be read for example of life and instruction of manners, but not to establish doctrine." As the result of a violent controversy in Scotland and America between 1825 and 1827, the Apocrypha was deleted from the copies of the Holy Scriptures issued by the British and Foreign Bible Society. The controversy was revived in 1862 when a quotation was engraved on the Prince Consort's Memorial in Kensington Gardens from the Wisdom of Solomon: "He, being made perfect in a short time, fulfilled a long time. For his soul pleased the Lord: Therefore hasted He to take him away from among the wicked." All the books bear evidence of having been written long after the date to which they are ascribed.

And Josias held the feast of the Passover in Jerusalem unto his Lord, the 14th day of the first month of the 18th year of his reign, and ordered the Levites, the holy ministers of Israel, to hallow themselves unto the Lord, and set the Holy Ark of the Lord in the house that King Solomon had built. And there were offered in sacrifices to the Lord on the altar 37,600 lambs and kids, and 4,300 calves. And they roasted the Passoverwith fire: as for the sacrifices, they sod them in brass pots and pans with a good savour, and set them before all the people. And such a Passover was not kept in Israel since the time of the Prophet Samuel. And the works of Josias were upright before his Lord with an heart full of godliness.

Now, after all these acts of Josias, it came to pass that Pharaoh, the King of Egypt, came to raise war at Carchamis upon Euphrates; and Josias, not regarding the words of the Prophet Jeremy, spoken by the mouth of the Lord, went out against him and joined battle with him in the plain of Magiddo. Then said the king unto his servants: Carry me away out of the battle; for I am very weak. And being brought back to Jerusalem he died and was buried in his father's sepulchre. And in all Jewry the chief men, with the women, yea Jeremy the prophet, made lamentation for him unto this day.

And the people took Joachaz, the son of Josias, and made him king; but the King of Egypt deposed him, and made Joacim, his brother, King of Judea and Jerusalem, who did evil before the Lord....