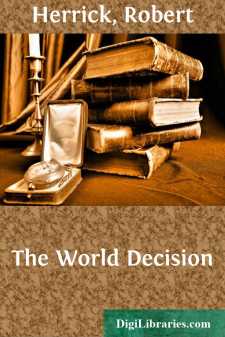 Last April, when I left New York for Europe, Italy was "on the verge" of entering the great war. According to the meager reports that a strict censorship permitted to reach the world, Italy had been hesitating for many months between a continuance of her precarious neutrality and joining with the Allies, with an intermittent war fever in her pulses. It was known that she was buying supplies for her ill-equipped army—boots and food and arms. Nevertheless, American opinion had come to the somewhat cynical belief that Italy would never get further than the verge of war; that her Austrian ally would be induced by the pressure of necessity to concede enough of those "national aspirations," of which we had heard much, to keep her southern neighbor at least lukewarmly neutral until the conclusion of the war. An American diplomat in Italy, with the best opportunity for close observation, said, as late as the middle of May: "I shall believe that Italy will go into the war only when I see it!"

The process of squeezing her Austrian ally when the latter was in a tight place—as Italy's negotiating was interpreted commonly in America—naturally aroused little enthusiasm for the nation, and when suddenly, during the stormy weeks of mid-May, Italy made her decision and broke with Austria, Americans inferred, erroneously, that her "sordid" bargaining having met with a stubborn resistance from Vienna, there was nothing left for a government that had spent millions in war preparation but to declare war. The affair had that surface appearance, which was noisily proclaimed by Germany to the world. Chancellor Bethmann-Hollweg's sneer concerning the "voice of the piazza having prevailed" revealed not merely pique, but also a complete misunderstanding, a Teutonic misapprehension of the underlying motives that led to an inevitable step. No one who witnessed, as I did at close range, the swift unfolding of the drama which ended on May 23 in a declaration of war, can accept such a base or trivial reading of the matter. Like all things human the psychology of Italy's action was complex, woven in an intricate pattern, nevertheless at its base simple and inevitable, granted the fundamental racial postulates. Old impulses stirred in the Italians as well as new. Italy repeated according to the modern formula the ancient defiance by her Roman forefathers of the Teutonic danger. "Fuori i barbari"—out with the barbarians—has lain in the blood of Italy for two thousand years, to be roused to a fresh heat of hate by outraged Belgium, by invaded France, by the Lusitania murders. Less conscious, perhaps, but not less mighty as a moving force than this personal antagonism was the spiritual antagonism between the Latin and the German, between the two visions of the world which the German and the Latin imagine and seek to perpetuate. That in a large and very real sense this world agony of war is the supreme struggle between these two opposed traditions of civilization—a decision between two competing forms of life—seems to me so obvious as to need no argument....