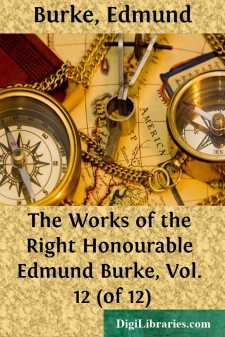 My Lords,—We will now resume the consideration of the remaining part of our charge, and of the prisoner's attempts to defend himself against it.

Mr. Hastings, well knowing (what your Lordships must also by this time be perfectly satisfied was the case) that this unfortunate Nabob had no will of his own, draws down his poor victim to Chunar by an order to attend the Governor-General. If the Nabob ever wrote to Mr. Hastings, expressing a request or desire for this meeting, his letter was unquestionably dictated to him by the prisoner. We have laid a ground of direct proof before you, that the Nabob's being at Chunar, that his proceedings there, and that all his acts were so dictated, and consequently must be so construed.

I shall now proceed to lay before your Lordships the acts of oppression committed by Mr. Hastings through his two miserable instruments: the one, his passive instrument, the Nabob; the other, Mr. Middleton, his active instrument, in his subsequent plans for the entire destruction of that country. In page 513 of the printed Minutes you have Mr. Middleton's declaration of his promptitude to represent everything agreeably to Mr. Hastings's wishes.

"My dear Sir,—I have this day answered your public letter in the form you seemed to expect. I hope there is nothing in it that may to you appear too pointed. If you wish the matter to be otherwise understood than I have taken up and stated it, I need not say I shall be ready to conform to whatever you may prescribe, and to take upon myself any share of the blame of the hitherto non-performance of the stipulations made on behalf of the Nabob; though I do assure you I myself represented to his Excellency and the ministers, conceiving it to be your desire, that the apparent assumption of the reins of his government, (for in that light he undoubtedly considered it at the first view,) as specified in the agreement executed by him, was not meant to be fully and literally enforced, but that it was necessary you should have something to show on your side, as the Company were deprived of a benefit without a requital; and upon the faith of this assurance alone, I believe I may safely affirm, his Excellency's objections to signing the treaty were given up. If I have understood the matter wrong, or misconceived your design, I am truly sorry for it. However, it is not too late to correct the error; and I am ready to undertake, and, God willing, to carry through, whatever you may, on the receipt of my public letter, tell me is your final resolve.

"If you determine, at all events, that the measures of reducing the Nabob's army, &c., shall be immediately undertaken, I shall take it as a particular favor, if you will indulge me with a line at Fyzabad, that I may make the necessary previous arrangements with respect to the disposal of my family, which I would not wish to retain here, in the event either of a rupture with the Nabob, or the necessity of employing our forces on the reduction of his aumils and troops. This done, I can begin the work in three days after my return from Fyzabad."

Besides this letter, which I think is sufficiently clear upon the subject, there is also another much more clear upon your Lordships' minutes, much more distinct and much more pointed, expressive of his being resolved to make such representations of every matter as the Governor-General may wish. Now a man who is master of the manner in which facts are represented, and whose subsequent conduct is to be justified by such representations, is not simply accountable for his conduct; he is accountable for culpably attempting to form, on false premises, the judgment of others upon that conduct. This species of delinquency must therefore be added to the rest; and I wish your Lordships to carry generally in your minds, that there is not one single syllable of representation made by any of those parties, except where truth may happen to break out in spite of all the means of concealment, which is not to be considered as the representation of Mr. Hastings himself in justification of his own conduct.

The letter which I have just now read was written preparatory to the transaction which I am now going to state, called the treaty of Chunar....