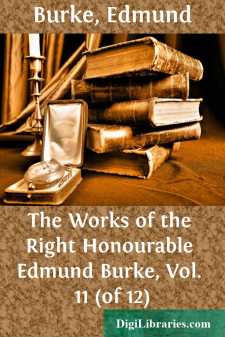 Made on the 30th April, 1794, from the Committee of the House of Commons, appointed to inspect the Lords' Journals, in relation to their proceeding on the trial of Warren Hastings, Esquire, and to report what they find therein to the House (which committee were the managers appointed to make good the articles of impeachment against the said Warren Hastings, Esquire); and who were afterwards instructed to report the several matters which have occurred since the commencement of the said prosecution, and which have, in their opinion, contributed to the duration thereof to the present time, with their observations thereupon.

Your Committee has received two powers from the House:—The first, on the 5th of March, 1794, to inspect the Lords' Journals, in relation to their proceedings on the trial of Warren Hastings, Esquire, and to report what they find therein to the House. The second is an instruction, given on the 17th day of the same month of March, to this effect: That your Committee do report to this House the several matters which have occurred since the commencement of the said prosecution, and which have, in their opinion, contributed to the duration thereof to the present time, with their observations thereupon.

Your Committee is sensible that the duration of the said trial, and the causes of that duration, as well as the matters which have therein occurred, do well merit the attentive consideration of this House. We have therefore endeavored with all diligence to employ the powers that have been granted and to execute the orders that have been given to us, and to report thereon as speedily as possible, and as fully as the time would admit.

Your Committee has considered, first, the mere fact of the duration of the trial, which they find to have commenced on the 13th day of February, 1788, and to have continued, by various adjournments, to the said 17th of March. During that period the sittings of the Court have occupied one hundred and eighteen days, or about one third of a year. The distribution of the sitting days in each year is as follows.

Your Committee then proceeded to consider the causes of this duration, with regard to time as measured by the calendar, and also as measured by the number of days occupied in actual sitting. They find, on examining the duration of the trial with reference to the number of years which it has lasted, that it has been owing to several prorogations and to one dissolution of Parliament; to discussions which are supposed to have arisen in the House of Peers on the legality of the continuance of impeachments from Parliament to Parliament; that it has been owing to the number and length of the adjournments of the Court, particularly the adjournments on account of the Circuit, which adjournments were interposed in the middle of the session, and the most proper time for business; that it has been owing to one adjournment made in consequence of a complaint of the prisoner against one of your Managers, which took up a space of ten days; that two days' adjournments were made on account of the illness of certain of the Managers; and, as far as your Committee can judge, two sitting days were prevented by the sudden and unexpected dereliction of the defence of the prisoner at the close of the last session, your Managers not having been then ready to produce their evidence in reply, nor to make their observations on the evidence produced by the prisoner's counsel, as they expected the whole to have been gone through before they were called on for their reply....