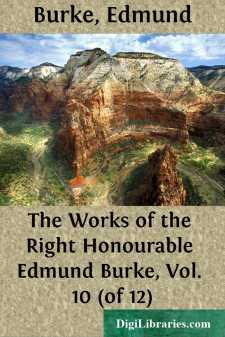 My Lords,—The gentlemen who are appointed by the Commons to manage this prosecution, have directed me to inform your Lordships, that they have very carefully and attentively weighed the magnitude of the subject which they bring before you with the time which the nature and circumstances of affairs allow for their conducting it.

My Lords, on that comparison, they are very apprehensive, that, if I should go very largely into a preliminary explanation of the several matters in charge, it might be to the prejudice of an early trial of the substantial merits of each article. We have weighed and considered this maturely. We have compared exactly the time with the matter, and we have found that we are obliged to do as all men must do who would manage their affairs practicably, to make our opinion of what might be most advantageous to the business conform to the time that is left to perform it in. We must, as all men must, submit affairs to time, and not think of making time conform to our wishes; and therefore, my Lords, I very willingly fall in with the inclinations of the gentlemen with whom I have the honor to act, to come as soon as possible to close fighting, and to grapple immediately and directly with the corruptions of India,—to bring before your Lordships the direct articles, to apply the evidence to the articles, and to bring the matter forward for your Lordships' decision in that manner which the confidence we have in the justice of our cause demands from the Commons of Great Britain.

My Lords, these are the opinions of those with whom I have the honor to act, and in their opinions I readily acquiesce. For I am far from wishing to waste any of your Lordships' time upon any matter merely through any opinion I have of the nature of the business, when at the same time I find that in the opinion of others it might militate against the production of its full, proper, and (if I may so say) its immediate effect.

It was my design to class the crimes of the late Governor of Bengal,—to show their mutual bearings,—how they were mutually aided and grew and were formed out of each other. I proposed first of all to show your Lordships that they have their root in that which is the origin of all evil, avarice and rapacity,—to show how that led to prodigality of the public money,—and how prodigality of the public money, by wasting the treasures of the East India Company, furnished an excuse to the Governor-General to break its faith, to violate all its most solemn engagements, and to fall with a hand of stern, ferocious, and unrelenting rapacity upon all the allies and dependencies of the Company. But I shall be obliged in some measure to abridge this plan; and as your Lordships already possess, from what I had the honor to state on Saturday, a general view of this matter, you will be in a condition to pursue it when the several articles are presented.

My Lords, I have to state to-day the root of all these misdemeanors,—namely, the pecuniary corruption and avarice which gave rise and primary motion to all the rest of the delinquencies charged to be committed by the Governor-General....