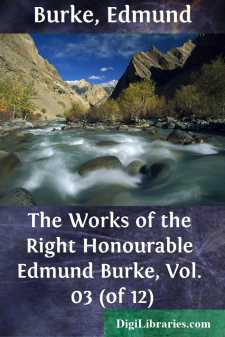 The times we live in, Mr. Speaker, have been distinguished by extraordinary events. Habituated, however, as we are, to uncommon combinations of men and of affairs, I believe nobody recollects anything more surprising than the spectacle of this day. The right honorable gentleman whose conduct is now in question formerly stood forth in this House, the prosecutor of the worthy baronet who spoke after him. He charged him with several grievous acts of malversation in office, with abuses of a public trust of a great and heinous nature. In less than two years we see the situation of the parties reversed; and a singular revolution puts the worthy baronet in a fair way of returning the prosecution in a recriminatory bill of pains and penalties, grounded on a breach of public trust relative to the government of the very same part of India. If he should undertake a bill of that kind, he will find no difficulty in conducting it with a degree of skill and vigor fully equal to all that have been exerted against him.

But the change of relation between these two gentlemen is not so striking as the total difference of their deportment under the same unhappy circumstances. Whatever the merits of the worthy baronet's defence might have been, he did not shrink from the charge. He met it with manliness of spirit and decency of behavior. What would have been thought of him, if he had held the present language of his old accuser? When articles were exhibited against him by that right honorable gentleman, he did not think proper to tell the House that we ought to institute no inquiry, to inspect no paper, to examine no witness. He did not tell us (what at that time he might have told us with some show of reason) that our concerns in India were matters of delicacy, that to divulge anything relative to them would be mischievous to the state. He did not tell us that those who would inquire into his proceedings were disposed to dismember the empire. He had not the presumption to say, that, for his part, having obtained, in his Indian presidency, the ultimate object of his ambition, his honor was concerned in executing with integrity the trust which had been legally committed to his charge: that others, not having been so fortunate, could not be so disinterested; and therefore their accusations could spring from no other source than faction, and envy to his fortune.

Had he been frontless enough to hold such vain, vaporing language in the face of a grave, a detailed, a specified matter of accusation, whilst he violently resisted everything which could bring the merits of his cause to the test,—had he been wild enough to anticipate the absurdities of this day,—that is, had he inferred, as his late accuser has thought proper to do, that he could not have been guilty of malversation in office, for this sole and curious reason, that he had been in office,—had he argued the impossibility of his abusing his power on this sole principle, that he had power to abuse,—he would have left but one impression on the mind of every man who heard him, and who believed him in his senses: that in the utmost extent he was guilty of the charge....