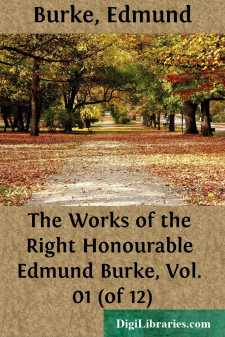 Shall I venture to say, my lord, that in our late conversation, you were inclined to the party which you adopted rather by the feelings of your good nature, than by the conviction of your judgment? We laid open the foundations of society; and you feared that the curiosity of this search might endanger the ruin of the whole fabric. You would readily have allowed my principle, but you dreaded the consequences; you thought, that having once entered upon these reasonings, we might be carried insensibly and irresistibly farther than at first we could either have imagined or wished. But for my part, my lord, I then thought, and am still of the same opinion, that error, and not truth of any kind, is dangerous; that ill conclusions can only flow from false propositions; and that, to know whether any proposition be true or false, it is a preposterous method to examine it by its apparent consequences.

These were the reasons which induced me to go so far into that inquiry; and they are the reasons which direct me in all my inquiries. I had indeed often reflected on that subject before I could prevail on myself to communicate my reflections to anybody. They were generally melancholy enough; as those usually are which carry us beyond the mere surface of things; and which would undoubtedly make the lives of all thinking men extremely miserable, if the same philosophy which caused the grief, did not at the same time administer the comfort.

On considering political societies, their origin, their constitution, and their effects, I have sometimes been in a good deal more than doubt, whether the Creator did ever really intend man for a state of happiness. He has mixed in his cup a number of natural evils, (in spite of the boasts of stoicism they are evils,) and every endeavor which the art and policy of mankind has used from the beginning of the world to this day, in order to alleviate or cure them, has only served to introduce new mischiefs, or to aggravate and inflame the old. Besides this, the mind of man itself is too active and restless a principle ever to settle on the true point of quiet. It discovers every day some craving want in a body, which really wants but little. It every day invents some new artificial rule to guide that nature which, if left to itself, were the best and surest guide. It finds out imaginary beings prescribing imaginary laws; and then, it raises imaginary terrors to support a belief in the beings, and an obedience to the laws.—Many things have been said, and very well undoubtedly, on the subjection in which we should preserve our bodies to the government of our understanding; but enough has not been said upon the restraint which our bodily necessities ought to lay on the extravagant sublimities and eccentric rovings of our minds. The body, or as some love to call it, our inferior nature, is wiser in its own plain way, and attends its own business more directly than the mind with all its boasted subtlety.

In the state of nature, without question, mankind was subjected to many and great inconveniences. Want of union, want of mutual assistance, want of a common arbitrator to resort to in their differences. These were evils which they could not but have felt pretty severely on many occasions. The original children of the earth lived with their brethren of the other kinds in much equality. Their diet must have been confined almost wholly to the vegetable kind; and the same tree, which in its flourishing state produced them berries, in its decay gave them an habitation. The mutual desires of the sexes uniting their bodies and affections, and the children which are the results of these intercourses, introduced first the notion of society, and taught its conveniences. This society, founded in natural appetites and instincts, and not in any positive institution, I shall call natural society. Thus far nature went and succeeded: but man would go farther. The great error of our nature is, not to know where to stop, not to be satisfied with any reasonable acquirement; not to compound with our condition; but to lose all we have gained by an insatiable pursuit after more. Man found a considerable advantage by this union of many persons to form one family; he therefore judged that he would find his account proportionably in an union of many families into one body politic....