The White Wolf and Other Fireside Tales 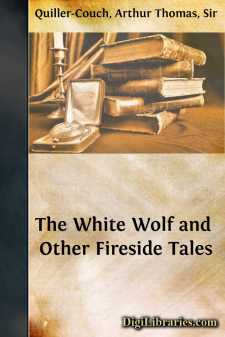 In the early summer of 1358, with the breaking up of the ice, there came to Brattahlid, in Greenland, a merchant-ship from Norway, with provisions for the Christian settlements on the coast. The master's name was Snorri Gamlason, and it happened that as he sailed into Eric's Fiord and warped alongside the quay, word was brought to him that the Bishop of Garda had arrived that day in Brattahlid, to hold a confirmation. Whereupon this Snorri went ashore at once, and, getting audience of the Bishop, gave him a little book, with an account of how he had come by it.

The book was written in Danish, and Snorri could not understand a word of it, being indeed unable to read or to write; but he told this tale:—

His ship, about three weeks before, had run into a calm, which lasted for three days and two nights, and with a northerly drift she fell away, little by little, towards a range of icebergs which stretched across and ahead of them in a solid chain. But about noon of the third day the colour of the sky warned him of a worse peril, and soon there came up from the westward a bank of fog, with snow in it, and a wind that increased until they began to hear the ice grinding and breaking up— as it seemed—all around them. Snorri steered at first for the southward, where had been open water; but by and by found that even here were drifting bergs. He therefore put his helm down and felt his way through the weather by short boards, and so, with the most of his men stationed forward to keep a look-out, fenced, as it were, with the danger, steering and tacking, until by God's grace the fog lifted, and the wind blew gently once more.

And now in the clear sunshine he saw that the storm had been more violent than any had supposed; since the wall of ice, which before had been solid, was now burst and riven in many places, and in particular to the eastward, where a broad path of water lay before them almost like a canal, but winding here and there. Towards this Snorri steered, and entered it with a fair breeze.

They had come, he said, but to the second bend of this waterway, when a seaman, who had climbed the mast on the chance of spying an outlet, called out in surprise that there was a ship ahead of them, but two miles off, and running down the channel before the wind, even as they. At first he found no credit for this tale, and even when those on deck spied her mast and yard overtopping a gap between two bergs, they could only set it down for a mirage or cheat of eyesight in the clear weather.

But by and by, said Snorri, they could not doubt they were in chase of a ship, and, further, that they were fast overtaking her. For she steered with no method, and shook with every slant of wind, and anon went off before it like a helpless thing, until in the end she was fetched up by the jutting foot of a berg, and there shook her sail, flapping with such noise that Snorri's men heard it, though yet a mile away.

They bore down upon her, and now took note that this sail of hers was ragged and frozen, so that it flapped like a jointed board, and that her rigging hung in all ways and untended, but stiff with rime; and drawing yet nearer, they saw an ice-line about her hull, so deep that her timbers seemed bitten through, and a great pile of frozen snow upon her poop, banked even above her tiller; but no helmsman, and no living soul upon her....