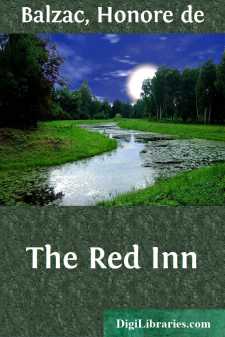 In I know not what year a Parisian banker, who had very extensive commercial relations with Germany, was entertaining at dinner one of those friends whom men of business often make in the markets of the world through correspondence; a man hitherto personally unknown to him. This friend, the head of a rather important house in Nuremburg, was a stout worthy German, a man of taste and erudition, above all a man of pipes, having a fine, broad, Nuremburgian face, with a square open forehead adorned by a few sparse locks of yellowish hair. He was the type of the sons of that pure and noble Germany, so fertile in honorable natures, whose peaceful manners and morals have never been lost, even after seven invasions.

This stranger laughed with simplicity, listened attentively, and drank remarkably well, seeming to like champagne as much perhaps as he liked his straw-colored Johannisburger. His name was Hermann, which is that of most Germans whom authors bring upon their scene. Like a man who does nothing frivolously, he was sitting squarely at the banker's table and eating with that Teutonic appetite so celebrated throughout Europe, saying, in fact, a conscientious farewell to the cookery of the great Careme.

To do honor to his guest the master of the house had invited a few intimate friends, capitalists or merchants, and several agreeable and pretty women, whose pleasant chatter and frank manners were in harmony with German cordiality. Really, if you could have seen, as I saw, this joyous gathering of persons who had drawn in their commercial claws, and were speculating only on the pleasures of life, you would have found no cause to hate usurious discounts, or to curse bankruptcies. Mankind can't always be doing evil. Even in the society of pirates one might find a few sweet hours during which we could fancy their sinister craft a pleasure-boat rocking on the deep.

"Before we part, Monsieur Hermann will, I trust, tell one more German story to terrify us?"

These words were said at dessert by a pale fair girl, who had read, no doubt, the tales of Hoffmann and the novels of Walter Scott. She was the only daughter of the banker, a charming young creature whose education was then being finished at the Gymnase, the plays of which she adored. At this moment the guests were in that happy state of laziness and silence which follows a delicious dinner, especially if we have presumed too far on our digestive powers. Leaning back in their chairs, their wrists lightly resting on the edge of the table, they were indolently playing with the gilded blades of their dessert-knives. When a dinner comes to this declining moment some guests will be seen to play with a pear seed; others roll crumbs of bread between their fingers and thumbs; lovers trace indistinct letters with fragments of fruit; misers count the stones on their plate and arrange them as a manager marshals his supernumeraries at the back of the stage. These are little gastronomic felicities which Brillat-Savarin, otherwise so complete an author, overlooked in his book....