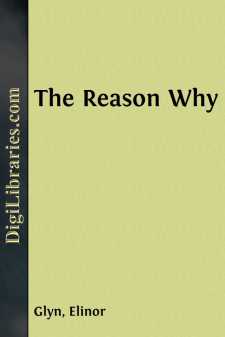 People often wondered what nation the great financier, Francis Markrute, originally sprang from. He was now a naturalized Englishman and he looked English enough. He was slight and fair, and had an immaculately groomed appearance generally—which even the best of valets cannot always produce. He wore his clothes with that quiet, unconscious air which is particularly English. He had no perceptible accent—only a deliberate way of speaking. But Markrute!—such a name might have come from anywhere. No one knew anything about him, except that he was fabulously rich and had descended upon London some ten years previously from Paris, or Berlin, or Vienna, and had immediately become a power in the city, and within a year or so, had grown to be omnipotent in certain circles.

He had a wonderfully appointed house in Park Lane, one of those smaller ones just at the turn out of Grosvenor Street, and there he entertained in a reserved fashion.

It had been remarked by people who had time to think—rare cases in these days—that he had never made a disadvantageous friend, from his very first arrival. If he had to use undesirables for business purposes he used them only for that, in a crisp, hard way, and never went to their houses. Every acquaintance even was selected with care for a definite end. One of his favorite phrases was that "it is only the fool who coins for himself limitations."

At this time, as he sat smoking a fine cigar in his library which looked out on the park, he was perhaps forty-six years old or thereabouts, and but for his eyes—wise as serpents'—he might have been ten years younger.

Opposite to him facing the light a young man lounged in a great leather chair. The visitors in Francis Markrute's library nearly always faced the light, while he himself had his back to it.

There was no doubt about this visitor's nation! He was flamboyantly English. If you had wished to send a prize specimen of the race to a World's Fair you could not have selected anything finer. He was perhaps more Norman than Saxon, for his hair was dark though his eyes were blue, and the marks of breeding in the creature showed as plainly as in a Derby winner. Francis Markrute always smoked his cigars to the end, if he were at leisure and the weed happened to be a good one, but Lord Tancred (Tristram Lorrimer Guiscard Guiscard, 24th Baron Tancred, of Wrayth in the County of Suffolk) flung his into the grate after a few whiffs, and he laughed with a slightly whimsical bitterness as he went on with the conversation.

"Yes, Francis, my friend, the game here is played out; I am thirty, and there is nothing interesting left for me to do but emigrate to Canada, for a while at least, and take up a ranch."

"Pretty well, and the Northern property, too. When my mother's jointure is paid there is not a great deal left this year, it seems. I don't mind much; I had a pretty fair time before these beastly Radicals made things so difficult."

The financier nodded, and the young man went on: "My forbears got rid of what they could; there was not much ready money to come into and one had to live!"