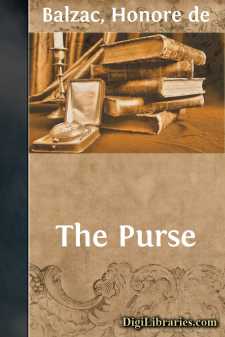 For souls to whom effusiveness is easy there is a delicious hour that falls when it is not yet night, but is no longer day; the twilight gleam throws softened lights or tricksy reflections on every object, and favors a dreamy mood which vaguely weds itself to the play of light and shade. The silence which generally prevails at that time makes it particularly dear to artists, who grow contemplative, stand a few paces back from the pictures on which they can no longer work, and pass judgement on them, rapt by the subject whose most recondite meaning then flashes on the inner eye of genius. He who has never stood pensive by a friend's side in such an hour of poetic dreaming can hardly understand its inexpressible soothingness. Favored by the clear-obscure, the material skill employed by art to produce illusion entirely disappears. If the work is a picture, the figures represented seem to speak and walk; the shade is shadow, the light is day; the flesh lives, eyes move, blood flows in their veins, and stuffs have a changing sheen. Imagination helps the realism of every detail, and only sees the beauties of the work. At that hour illusion reigns despotically; perhaps it wakes at nightfall! Is not illusion a sort of night to the mind, which we people with dreams? Illusion then unfolds its wings, it bears the soul aloft to the world of fancies, a world full of voluptuous imaginings, where the artist forgets the real world, yesterday and the morrow, the future—everything down to its miseries, the good and the evil alike.

At this magic hour a young painter, a man of talent, who saw in art nothing but Art itself, was perched on a step-ladder which helped him to work at a large high painting, now nearly finished. Criticising himself, honestly admiring himself, floating on the current of his thoughts, he then lost himself in one of those meditative moods which ravish and elevate the soul, soothe it, and comfort it. His reverie had no doubt lasted a long time. Night fell. Whether he meant to come down from his perch, or whether he made some ill-judged movement, believing himself to be on the floor—the event did not allow of his remembering exactly the cause of his accident—he fell, his head struck a footstool, he lost consciousness and lay motionless during a space of time of which he knew not the length.

A sweet voice roused him from the stunned condition into which he had sunk. When he opened his eyes the flash of a bright light made him close them again immediately; but through the mist that veiled his senses he heard the whispering of two women, and felt two young, two timid hands on which his head was resting. He soon recovered consciousness, and by the light of an old-fashioned Argand lamp he could make out the most charming girl's face he had ever seen, one of those heads which are often supposed to be a freak of the brush, but which to him suddenly realized the theories of the ideal beauty which every artist creates for himself and whence his art proceeds....