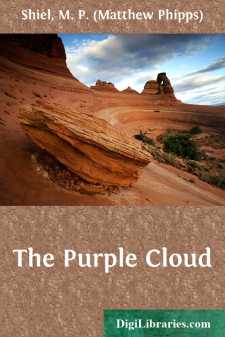 Well, the memory seems to be getting rather impaired now, rather weak. What, for instance, was the name of that parson who preached, just before the Boreal set out, about the wickedness of any further attempt to reach the North Pole? I have forgotten! Yet four years ago it was familiar to me as my own name.

Things which took place before the voyage seem to be getting a little cloudy in the memory now. I have sat here, in the loggia of this Cornish villa, to write down some sort of account of what has happened—God knows why, since no eye can ever read it—and at the very beginning I cannot remember the parson's name.

He was a strange sort of man surely, a Scotchman from Ayrshire, big and gaunt, with tawny hair. He used to go about London streets in shough and rough-spun clothes, a plaid flung from one shoulder. Once I saw him in Holborn with his rather wild stalk, frowning and muttering to himself. He had no sooner come to London, and opened chapel (I think in Fetter Lane), than the little room began to be crowded; and when, some years afterwards, he moved to a big establishment in Kensington, all sorts of men, even from America and Australia, flocked to hear the thunderstorms that he talked, though certainly it was not an age apt to fly into enthusiasms over that species of pulpit prophets and prophecies. But this particular man undoubtedly did wake the strong dark feelings that sleep in the heart; his eyes were very singular and powerful; his voice from a whisper ran gathering, like snow-balls, and crashed, as I have heard the pack-ice in commotion far yonder in the North; while his gestures were as uncouth and gawky as some wild man's of the primitive ages.

Well, this man—what was his name?—Macintosh? Mackay? I think—yes, that was it! Mackay. Mackay saw fit to take offence at the new attempt to reach the Pole in the Boreal; and for three Sundays, when the preparations were nearing completion, stormed against it at Kensington.

The excitement of the world with regard to the North Pole had at this date reached a pitch which can only be described as fevered, though that word hardly expresses the strange ecstasy and unrest which prevailed: for the abstract interest which mankind, in mere desire for knowledge, had always felt in this unknown region, was now, suddenly, a thousand and a thousand times intensified by a new, concrete interest—a tremendous money interest.

And the new zeal had ceased to be healthy in its tone as the old zeal was: for now the fierce demon Mammon was making his voice heard in this matter.

Within the ten years preceding the Boreal expedition, no less than twenty-seven expeditions had set out, and failed.

The secret of this new rage lay in the last will and testament of Mr. Charles P. Stickney of Chicago, that king of faddists, supposed to be the richest individual who ever lived: he, just ten years before the Boreal undertaking, had died, bequeathing 175 million dollars to the man, of whatever nationality, who first reached the Pole....