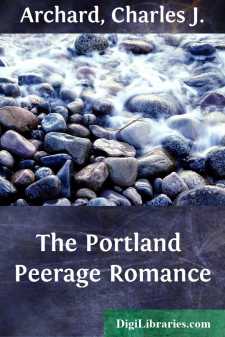 THE FIRST BENTINCK A HERO

What a delightful story is that of the Portland peerage, in which fidelity, heroism, chivalry and romance are blended and interwoven in the annals of the noble families of England. Who that has been to Welbeck Abbey, that magnificent palace in the heart of Sherwood Forest, with its legends of Robin Hood and his merrie men, with its stately oaks and undulating woodlands, stretching away to fertile pastures, dotted over with prosperous farmsteads, as far as the eye can reach, does not feel interested in the fortunes of the noble owner; and who that has seen the Duke and Duchess on some festive occasion at Welbeck, moving to and fro among their thousand guests, a perfectly happy couple, in which the course of true love runs smooth, and whose supreme delight appears to be to spread happiness around them, is so churlish as not to wish them long life, as types of the English nobility it is a delight to honour?

There is no affectation about this illustrious pair, the Duke never poses in relation to affairs of State, and the Duchess has a natural grace all her own, to which art can add no touch of dignity.

Welbeck is now the home of peace and joy; but there have been times when its history has been shrouded in tragic mystery, and even to-day there is the Druce claim to give piquancy to its story.

The family springs from the alliance of the Bentincks and the Cavendishes. Theirs is a telling motto: Dominus providebit (The Lord will provide) was on the crest of the Bentincks, and it befitted a family not too richly endowed with this world's goods according to the position of the Dutch nobility 250 years ago; but being of sterling qualities devoted to the cause they espoused, their descendants have met with their reward. Craignez honte (Fear disgrace) was another motto of the family, and the fear of dishonour has been a characteristic trait from the time when the first Bentinck set foot in England, till to-day.

Before unfolding the drama of tragedy, love, and comedy of these later years let us go back to the tale of heroism surrounding the character of the first Bentinck to make a name for himself in this country. Englishmen are apt to forget the debt of gratitude owing to men of the past; had it not been for Hans William Bentinck this favoured land might still have been under the Stuart tyranny, and the scions of the House of Brunswick might never have occupied the Throne of Great Britain.

James the Second had made an indifferent display of qualities as a ruler, and the nation was tired of a superstitious monarch who was fostering a condition of affairs which was turning England into a hot-bed of religious and political plots and counter-plots. James's daughter, Mary, had married William, Prince of Orange, who was invited to come and take his father-in-law's place as King of England. That invitation was extended in no uncertain way, and James having withdrawn to the continent left the vacancy for his son-in-law and daughter to fill....