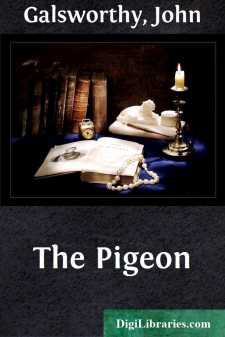 ACT I It is the night of Christmas Eve, the SCENE is a Studio, flushwith the street, having a skylight darkened by a fall of snow.There is no one in the room, the walls of which are whitewashed,above a floor of bare dark boards. A fire is cheerfullyburning. On a model's platform stands an easel and canvas.There are busts and pictures; a screen, a little stool, two arm.chairs, and a long old-fashioned settle under the window. Adoor in one wall leads to the house, a door in the opposite wallto the model's dressing-room, and the street door is in thecentre of the wall between. On a low table a Russian samovar ishissing, and beside it on a tray stands a teapot, with glasses,lemon, sugar, and a decanter of rum. Through a huge uncurtainedwindow close to the street door the snowy lamplit street can beseen, and beyond it the river and a night of stars.The sound of a latchkey turned in the lock of the street door,and ANN WELLWYN enters, a girl of seventeen, with hair tied in aribbon and covered by a scarf. Leaving the door open, she turnsup the electric light and goes to the fire. She throws of herscarf and long red cloak. She is dressed in a high eveningfrock of some soft white material. Her movements are quick andsubstantial. Her face, full of no nonsense, is decided andsincere, with deep-set eyes, and a capable, well-shapedforehead. Shredding of her gloves she warms her hands.In the doorway appear the figures of two men. The first israther short and slight, with a soft short beard, bright softeyes, and a crumply face. Under his squash hat his hair israther plentiful and rather grey. He wears an old brown ulsterand woollen gloves, and is puffing at a hand-made cigarette. Heis ANN'S father, WELLWYN, the artist. His companion is awell-wrapped clergyman of medium height and stoutish build, witha pleasant, rosy face, rather shining eyes, and rather chubbyclean-shaped lips; in appearance, indeed, a grown-up boy. He isthe Vicar of the parish—CANON BERTLEY.

BERTLEY. My dear Wellwyn, the whole question of reform is full of difficulty. When you have two men like Professor Calway and Sir Thomas Hoxton taking diametrically opposite points of view, as we've seen to-night, I confess, I——

WELLWYN. Come in, Vicar, and have some grog.

ANN. [Coming from the fire towards the tea-table.] Good-night, Canon Bertley.

[He goes out, and WELLWYN, shutting the door after him,approaches the fire.]

ANN. [Sitting on the little stool, with her back to the fire, and making tea.] Daddy!

ANN. You say you liked Professor Calway's lecture. Is it going to do you any good, that's the question?

ANN. I took you on purpose. Your charity's getting simply awful. Those two this morning cleared out all my housekeeping money.

WELLWYN. Um! Um! I quite understand your feeling.

ANN. They both had your card, so I couldn't refuse—didn't know what you'd said to them....