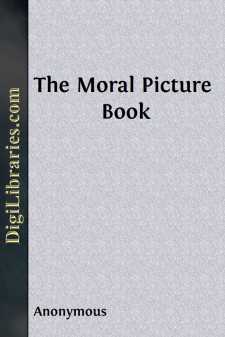 John Cooper was a little boy, whose father and mother lived in a cottage on one side of a village green. He was his parents' only child, so that he had no brothers nor sisters to play with. But he had a dog of which he was very fond, and he used sometimes to play with other children on the green. Tom Jones was one of the boys that played with John Cooper. One day he asked John Cooper to go for a long walk with him, instead of going to school. John at first would not consent, but at last he gave way and went with Tom, taking Carlo with him.

There was a pretty stream of water that ran along one side of the green, and then passed through a wood in a winding course. In some places it was rather broad and deep, and in other places it was shallow, and ran murmuring over the stones at the bottom. Tom said that it would be very pleasant to go along the stream, sometimes on one side, and sometimes on the other, far into the wood, and to look for birds' nests. The sun was shining very brightly, the trees were in full leaf, the grass was thick and green, sweet flowers were blooming on all sides, butter-flies and dragon-flies sported in the sunshine, and birds were singing on every bush and tree. All things seemed to be joyful, and the two boys started off briskly, with Carlo after them.

But of this party, the only one that was truly happy, was Carlo. He had nothing to do but to obey his master, and this he had done when John had called him away from his home. John tried to raise his own spirits, and ran, and jumped about, and romped with Carlo. But he could not forget that he had done wrong, that he ought to have been at school, and that he should grieve his kind parents when they knew what he was now doing. The thought of this would come into his mind, and kept him from being happy. As for Tom Jones, he seemed merry enough, though he not only knew that he was doing wrong himself, but that he had led John into mischief. He tried to forget this, and laughed and shouted with all his might; but it was in vain, and he had bitter feelings at the bottom of his heart all the time.

They went on rambling till they had got more than a mile into the wood. The stream here was wide and deep. On one side of it there grew an old willow, and in one of the branches of this, they saw a wren's nest. As Tom was the stronger boy of the two, it was agreed that he should help John up to the branch, so that he might reach the nest. John got upon the branch, and he had put out his hand to take hold of the nest, when the branch broke off, and down he fell into the water. Tom laughed at this, for he knew that the stream was not deep enough to drown him: but Carlo rushed in and dragged his master by the clothes towards the bank. John scrambled out, but he was covered with mud. Tom helped him to take off his clothes, and clean off the mud and dry them; but with all they could do, John was still in a sad mess, and as it was now late in the day, he turned to go home with a heavy heart....