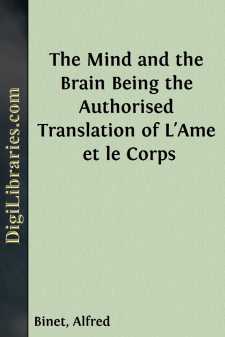 This book is a prolonged effort to establish a distinction between what is called mind and what is called matter. Nothing is more simple than to realise this distinction when you do not go deeply into it; nothing is more difficult when you analyse it a little. At first sight, it seems impossible to confuse things so far apart as a thought and a block of stone; but on reflection this great contrast vanishes, and other differences have to be sought which are less apparent and of which one has not hitherto dreamed.

First let us say how the question presents itself to us. The fact which we must take as a starting point, for it is independent of every kind of theory, is that there exists something which is "knowable." Not only science, but ordinary life and our everyday conversation, imply that there are things that we know. It is with regard to these things that we have to ask ourselves if some belong to what we call the mind and others to what we call matter.

Let us suppose, by way of hypothesis, the knowable to be entirely and absolutely homogeneous. In that case we should be obliged to set aside the question as one already decided. Where everything is homogeneous, there is no distinction to be drawn. But this hypothesis is, as we all know, falsified by observation. The whole body of the knowable is formed from an agglomeration of extremely varied elements, amongst which it is easy to distinguish a large number of divisions. Things may be classified according to their colour, their shape, their weight, the pleasure they give us, their quality of being alive or dead, and so on; one much given to classification would only be troubled by the number of possible distinctions.

Since so many divisions are possible, at which shall we stop and say: this is the one which corresponds exactly to the opposition of mind and matter? The choice is not easy to make; for we shall see that certain authors put the distinction between the physical and the mental in one thing, others in another. Thus there have been a very large number of distinctions proposed, and their number is much greater than is generally thought. Since we propose to make ourselves judges of these distinctions, since, in fact, we shall reject most of them in order to suggest entirely new ones, it must be supposed that we shall do so by means of a criterion. Otherwise, we should only be acting fantastically. We should be saying peremptorily, "In my opinion this is mental," and there would be no more ground for discussion than, if the assertion were "I prefer the Romanticists to the Classicists," or "I consider prose superior to poetry."

The criterion which I have employed, and which I did not analyse until the unconscious use I had made of it revealed its existence to me, is based on the two following rules:—

1. A Rule of Method.—The distinction between mind and matter must not only apply to the whole of the knowable, but must be the deepest which can divide the knowable, and must further be one of a permanent character. A priori, there is nothing to prove the existence of such a distinction; it must be sought for and, when found, closely examined.

I do not conceal from myself that there may be much that is arbitrary in my own criterion; but this does not seem to me possible to avoid....