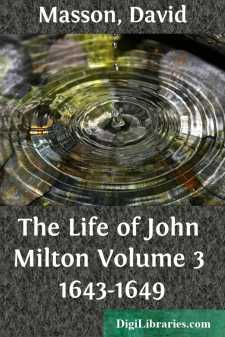 CHAPTER I THE WESTMINSTER ASSEMBLY IN SESSION—THE SOLEMN LEAGUE AND COVENANT: SCOTTISH COMMISSIONERS IN THE ASSEMBLY—DEBATES ON CHURCH-GOVERNMENT: APOLOGETICAL NARRATION OF THE INDEPENDENTS—PARLIAMENTARY PROCEEDINGS—SCOTTISH AUXILIARY ARMY IN ENGLAND.

The Westminster Assembly held its first formal meeting in Henry the Seventh's Chapel on Saturday, July 1, 1643, after the impressive opening ceremonial of a sermon preached before a great congregation in the Abbey Church by the appointed Prolocutor, Dr. Twisse, on the text John xiv. 18, "I will not leave you comfortless!" About 69 of the members were present at that first meeting, many who attended afterwards not having yet come up from the country. Among the 69 were the few of "the Episcopal persuasion" who afterwards dropped off; and these were conspicuous by their canonical dresses among the bulk of the members in all sorts of plain Puritan suits. The average attendance subsequently seems to have been from 60 to 80. The place of meeting for some time continued to be King Henry the Seventh's Chapel; but this was changed, when the weather grew colder, for the celebrated Jerusalem Chamber, also in the close vicinity of the Houses of Parliament. [Footnote: The Ordinance of Parliament authorizing the change of the place of meeting to the Jerusalem Chamber is dated Sept. 23, 1643 see Lords Journals for that day] None but members of the Assembly were allowed to be present, and there was no deviation from this rule except on the very rarest occasions and by special authority from Parliament. The Assembly sat commonly from nine in the morning till one or two P.M. The Prolocutor sat at one end of the room on a raised chair; his two Assessors were near him; and a table ran through the whole length of the room, at one end of which sat the Scribes, close to the Prolocutor, while the members were seated in tiers at the sides and other end. The forms of debate and voting were very much those of the House of Commons. Besides the meetings of the Assembly as such, there were afternoon meetings of Committees for the preparation of business for the Assembly. There were three such chief Standing Committees, to one or other of which every member belonged. [Footnote: Lightfoot's Notes of Assembly Works (ed. 1824), Vol. XIII, pp. 4, 5; and Baillie, II. 107-109]

FIRST BUSINESS OF THE ASSEMBLY: REVISION OF THE ARTICLES.

Not till Thursday, July 6, or indeed Saturday, July 8, was the Assembly constituted for actual business. On the first of these days the Regulations which had been drawn up by the two Houses of Parliament for the procedure of the Assembly were duly received; and on the second all the members of Assembly present took the solemn Protestation which had been settled for them by the Commons with the concurrence of the Lords. It was in these terms: "I, A. B., do seriously and solemnly protest, in the presence of Almighty God, that in this Assembly, wherein I am a member, I will not maintain anything in matters of Doctrine but what I think in my conscience to be truth, or in point of Discipline but what I shall conceive to conduce most to the glory of God and the good and peace of His Church." So sworn, the members were ready for their first work....