The Jesus of History 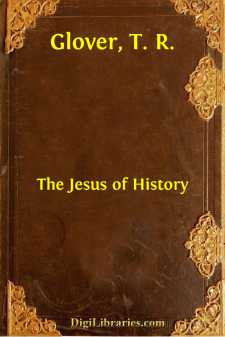 CHAPTER I THE STUDY OF THE GOSPELS

If one thing more than another marks modern thought, it is a new insistence on fact. In every sphere of study there is a growing emphasis on verification. Where a generation ago a case seemed to be closed, to-day in the light of new facts it is reopened. Matters that to our grandfathers were trivialities, to be summarily dismissed, are seriously studied. Again and again we find the most fruitful avenues opened to us by questions that another age might have laughed out of a hearing; to-day they suggest investigation of facts insufficiently known, and of the difficult connexions between them. In psychology and in medicine the results of this new tendency are evident in all sorts of ways—new methods in the treatment of the sick, new inquiries as to the origin of diseases and the possibilities of their prevention, attempts to get at the relations between the soul and body, and a very new open-mindedness as to the spiritual nature and its working and experiences. In other fields of learning it is the same.

To the modern student of man and his history the old easy way of excluding religion as an absurdity, the light prediction of its speedy, or at least its eventual, disappearance from the field of human life, and other dogmatisms of the like kind, are almost unintelligible. We realize that religion in some form is a natural working of the human spirit, and, whatever place we give to religion in the conduct of our own lives, as students of history we reckon with the religious instinct as a factor of the highest import, and we give to religious systems and organizations—above all, to religious teachers and leaders—a more sympathetic and a profounder study. Carlyle's lecture on Muhammad, in his course on "Heroes and Hero Worship," may be taken as a landmark for English people in this new treatment history.

The Christian Church, whether we like it or not, has been a force of unparalleled power in human affairs; and prophecies that it will no longer be so, and allegations that by now it has ceased to be so, are not much made by cautious thinkers. There is evidence that the influence of the Christian Church, so far from ebbing, is rising—evidence more obvious when we reflect that the influence of such a movement is not to be quickly guessed from the number of its actual adherents. A century and a quarter of Christian missions in India have resulted in so many converts—a million and a quarter is no slight outcome; but that is a small part of the story. All over India the old religious systems are being subjected to a new study by their own adherents; their weak points are being felt; there are reform movements, new apologetics, compromises, defences—all sorts of indications of ferment and transition. There can be little question that while many things go to the making of an age, the prime impulse to all this intellectual, religious, and moral upheaval was the faith of Christian missionaries that Jesus Christ would bring about what we actually see....